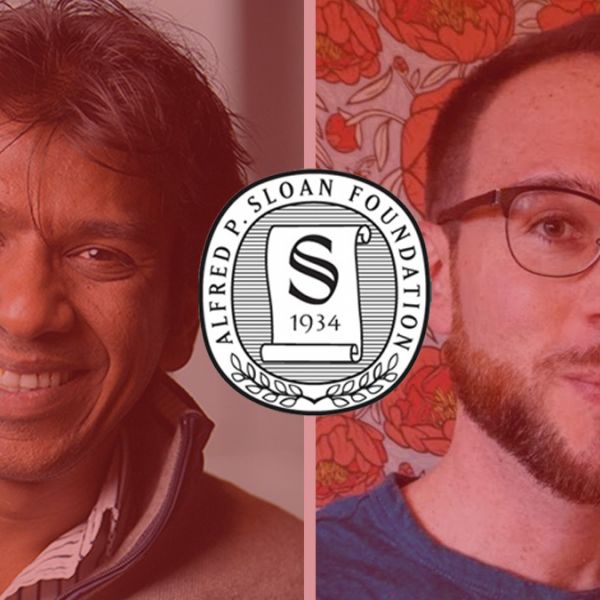 “A Sloan Research Fellow is a rising star, plain and simple” said Adam F. Falk, president of the Alfred P. Sloan Foundation. “To receive a fellowship is to be told by the scientific community that your achievements as a young scholar are already driving the research frontier.”

The four are among 128 researchers in the United States and Canada who this year have received two-year, $75,000 fellowships to advance their work.

Agarwal’s recent research has focused on building a software ecosystem that enables applications to achieve the bare-metal high performance of modern hardware. Today’s software ecosystem is unable to achieve this goal due to its server-centric architecture: It organizes computation, memory and storage resources around server boundaries, and optimizes for performance at individual servers. As a result, for large-scale distributed applications, the performance can be far from global optimum.

He has been leading research on resource disaggregation, which offers distributed applications the illusion of having computer, memory and storage resources as large individual resource pools that can be “stitched” together over a network fabric. Blurring the server boundaries allows near-perfect resource utilization by matching available resources with application demands. Realizing this vision requires innovation across the entire stack, from hardware to operating systems to distributed systems.

Rush studies natural language processing (NLP), which has rapidly grown from a specialized area of AI to an applied technology with real-world impact. His research spans this progression, and as tools such as translation, question-answering and summarization become widely deployed, many important and understudied challenges have come to light based on the user experiences.

Rush’s research aims to develop deep generative models combining two areas of machine learning: deep learning, which excels at flexible representation learning from large datasets; and probabilistic modeling, which provides tools for principled declarative specification of missing information. The ultimate goal for the next generation of NLP technology is to allow users to seamlessly analyze unstructured documents, interact through new interfaces and communicate across languages.

Tschida studies animal vocalizations, which reflect emotions and internal states, similar to our laughs, cries and the emotional content of our speech. In many mammals, innate vocal expressions of internal state promote social cohesion, reproduction and survival. To communicate effectively, animals must decide when to vocalize and what type of vocalization to produce; poorly timed or socially inappropriate vocalizations can have negative social consequences.

Despite the importance of vocal communication to mammalian social behavior, the brain circuits that allow animals to vocalize at the right time and in the right way remain unknown. Tschida will use mouse models to study the nature and contexts of vocalizations based on signals from different parts of the brain, as well how manipulations of those vocalizations affect the social success of the animals.

One of Udell’s research focuses is big datasets: Data is becoming easier and cheaper to collect, but extracting value from this data is a challenge. Her research aims to accelerate optimization and machine learning by looking for hidden mathematical structure in the data, algorithms and procedures that humans use to make decisions. By understanding and exploiting the mathematics of data science, her group hopes to improve and even automate machine learning and optimization.

With the grant, Udell will study how low rank structure can inform optimal clusterings, enhance model interpretability and guide measurements; which nonlinear structures are common; and how these structures can accelerate machine learning and optimization.

Founded in 1934, the Alfred P. Sloan Foundation is a nonprofit institution dedicated to improving the welfare of all through the advancement of scientific knowledge.

This story, written by Tom Fleischman, originally appeared at the Cornell Chronicle on February 16, 2021.