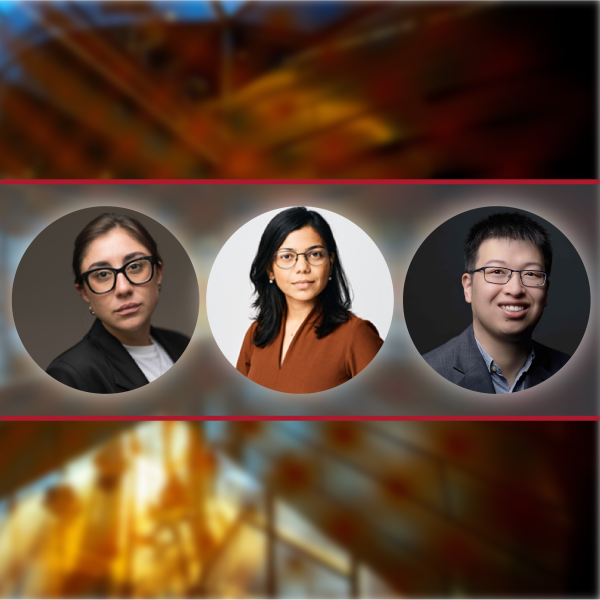 With expertise in areas like high-performance computing for genomics data processing, computer networking, and computational social science, the incoming trio arrives amid tremendous growth for the college, which is now home to 2,000 undergraduate majors within its three departments – computer science, information science, and statistics and data science.

To meet this growing demand, Cornell Bowers CIS is investing heavily in increasing its faculty by 50% in the next few years. The scale of this growth will enable the college to foster research excellence, develop core and emerging fields, and bring about new opportunities for cross-disciplinary and universitywide collaboration.

Arriving this spring semester are:

Guidi works in the field of high-performance computing for large-scale computational sciences, especially computational biology. Her research involves the development of algorithms and software infrastructures for parallel machines to accelerate data processing without sacrificing programming productivity, and to make high-performance computing more accessible. Guidi received her Ph.D. in computer science from the University of California, Berkeley. Before joining Cornell Bowers CIS, she worked as a project scientist in the Performance and Algorithms Research Group in the Applied Math and Computational Sciences Division at Lawrence Berkeley National Laboratory in Berkeley, California, where she is currently an affiliate researcher.

Singh’s research interests are in computer networking, with a focus on optical interconnects and traffic engineering. Her work has been published widely at conferences like USENIX Symposium on Networked Systems Design and Implementation (NSDI), ACM Special Interest Group on Data Communication (SIGCOMM), and the Symposium on Operating Systems Principles (SOSR). Singh received her masters degree and Ph.D. in computer science from the University of Massachusetts. Most recently, she served as a senior researcher at Microsoft Azure.

Yin’s research applies and develops novel mathematical and computational tools to understand how individual, social, and environmental processes independently and jointly promote (or inhibit) scientific progress and innovation achievements. As a computational social scientist, he has also used science and innovation as a powerful lens to examine broader processes and outcomes in a wide range of complex social systems, from artistic and cultural productions to public policy and media attention to market competition and human conflict. He received his Ph.D. in Industrial Engineering and Management Science at Northwestern University, with research affiliations at the Northwestern Institute on Complex Systems and the Kellogg Center for Science of Science and Innovation. He holds bachelor's degrees in statistics and economics from Peking University.