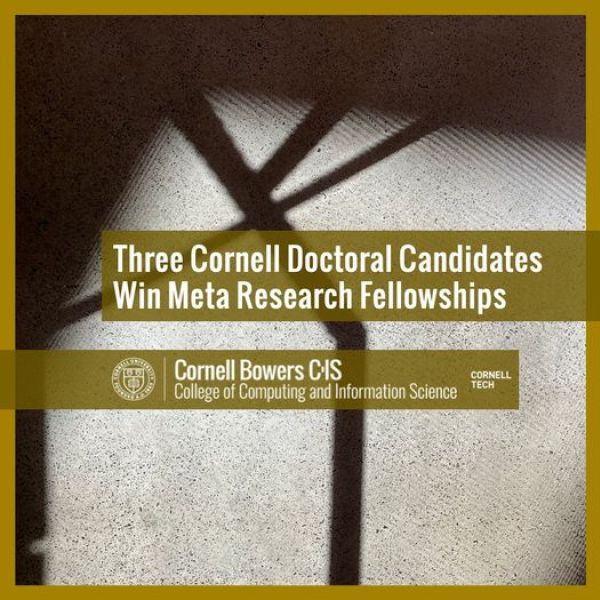 Lu, who is advised by Professor Christopher De Sa in the Department of Computer Science in Cornell Bowers CIS, works in AI System HW SW Co-Design, including the areas of building scalable and provably correct machine learning systems (including communication compression, model compression, decentralization, and sample ordering). His research on decentralized learning won the Outstanding Paper Award Honorable Mention at ICML 2021. Prior to Cornell, he received a B.S. in Electronic Engineering from Shanghai Jiao Tong University.

Zhao, who is advised by Professor Natalie Bazarova in the Department of Communication in the College of Agriculture and Life Sciences, works in Human Computer Interaction (Social Media, People, and Society). Her research interests lie at the intersection of new communication technology, interpersonal communication, and well-being. Specifically, she is interested in studying how new communication technologies, such as smartphones and social media, affect self-disclosure, social support, relationship initiation and development, and mental health.

The Meta Research Fellowship has supported more than 179 doctoral candidates from around the world. This year, in one of the most diverse and competitive pools of candidates to date, Meta received over 2,300 applications from over 100 universities worldwide from which 37 outstanding Fellows from 24 universities were selected.

Fellows are invited to attend the annual Meta Ph.D. Fellowship Summit, where they have the opportunity to present their own research, discover more about the impact of current research at Meta, and build connections with Meta researchers and fellow award winners. The 2022 summit will be held virtually.