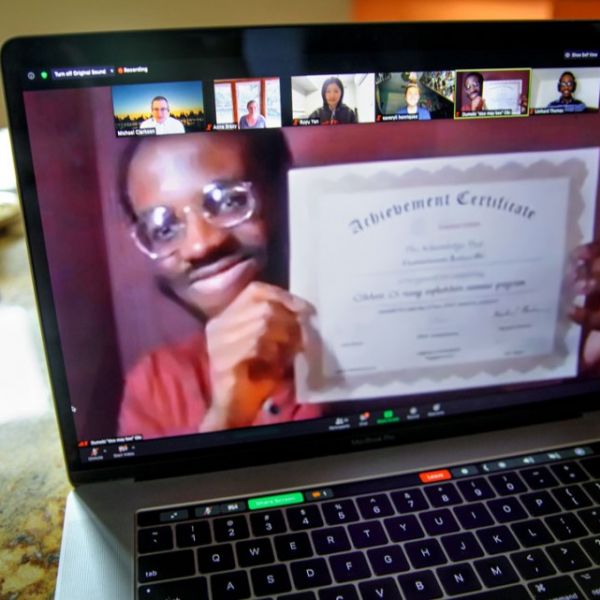 Even though she did well in introductory programming classes, Oluwatise Alatise ’23 wasn’t sure she wanted to major in computer science.

“This program was amazing,” said Alatise, a Cornell Engineering student who now plans to continue pursuing a computer science degree. “Especially for underrepresented minorities, CS is more about exposure and experience than knowing theory. The more time and exposure you have to the content, the more comfortable you are with it, and the better people can do. So this program is definitely breaking barriers in that it’s trying to level the playing field for those who didn’t always have that exposure.”

The program is led by Hakim Weatherspoon, associate professor of computer science; Éva Tardos, the Jacob Gould Schurman Professor of Computer Science; and senior lecturer Anne Bracy. They’d noticed that disproportionate numbers of students from underrepresented backgrounds who expressed interest in the major were switching to other fields of study as sophomores. In spring 2020, underrepresented minorities comprised 14% of the 1,785 students majoring in fields in Computing and Information Science.

With the summer workshop, the instructors – also including senior lecturer Michael Clarkson and Eshan Chattopadhyay, assistant professor of computer science – hoped to not only better prepare them for the coursework but to build a community of students who could support each other.

“We were able to bring together a set of rising sophomores from groups that have previously been identified as struggling and give them a fighting chance to do very well in those courses,” Weatherspoon said, “and to get to know each other and faculty and bring down some of those barriers.”

In its first year, the program was supposed to be held over four weeks on the Ithaca campus but faced new challenges because of the COVID-19 pandemic. The shift to virtual instruction made it harder for participants to forge relationships and build community, the instructors said. The pandemic’s impact made it harder for some to focus on the coursework.

“A lot was going on, both in their personal lives and nationally, and that certainly made it hard for them. But their reactions about what they learned and how they felt about the program were very positive,” Tardos said. “We offered something to these students that they rarely get in the big classes – personal attention – and that hopefully will encourage them to remember that we’re actually human and they can talk to us.”

Alatise said she appreciated the chance to focus on computer science.

“Cornell is a big campus full of resources, and we get overwhelmed by all the opportunities sometimes,” she said. “So it was really nice to have it condensed in three weeks, and focused and narrowed.”

Participant Melissa Psaras ’23 said that even though she enjoyed her first programming class at Cornell, she was still hesitant to major in computer science.

“It’s a huge undertaking as a major. And I was just wondering if it was right for me,” she said.

After CSMore, she’s excited to pursue computer science – partly for all of the interdisciplinary options it provides. “It just opened me up to a plethora of possibilities that I really didn’t know about, and resources I could utilize on campus,” she said.

The unrest following the killing of George Floyd in Minneapolis – which took place the week before the program began – was an additional challenge for students who were upset or wanted to participate in demonstrations. But it also served as a reminder of the importance of working toward equity, Weatherspoon said.

“This program is really designed to address institutionalized racism, and actually do something about it,” he said. “If we can improve outcomes for a set of students, we’re contributing in a very real way.”

This story, written by Melanie Lefkowitz, originally appeared at the Cornell Chronicle on June 26, 2020.