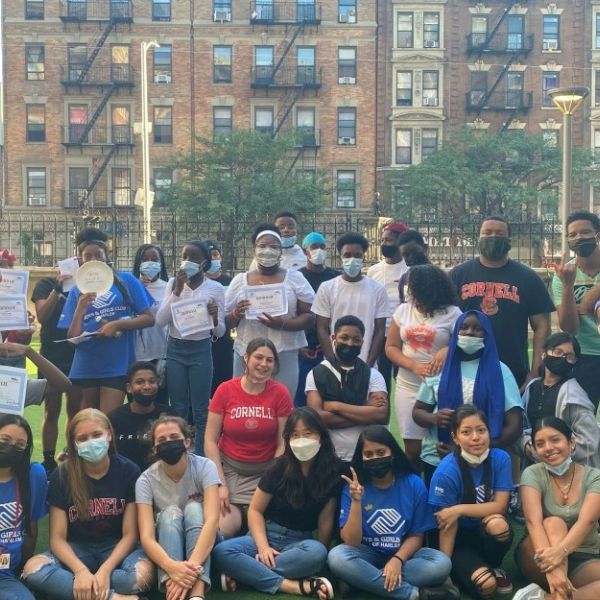 By E.C. Barrett for the Cornell Chronicle

A recent study brought together Cornell students and faculty and New York City teenagers to explore how nutrition education can improve nutrition and promote positive youth development in places with little or no access to healthy, affordable food.

Over the course of 12 sessions, researchers in the lab of Tashara Leak, assistant professor in the Division of Nutritional Sciences, taught 36 teens about nutrition, food systems and food justice in partnership with the Boys and Girls Club of Harlem.

Navika Gangrade, a doctoral student in Leak’s research group, led the study as part of her dissertation research. She said the study combined the lab’s ongoing research around bodegas, which play an essential role in the food systems of low-income and minoritized communities in New York City, with innovative nutrition and youth empowerment education.

“We thought it was a great opportunity to engage teens in nutrition education and advocacy, while continuing to work on bodegas as an intervention site,” Gangrade said. 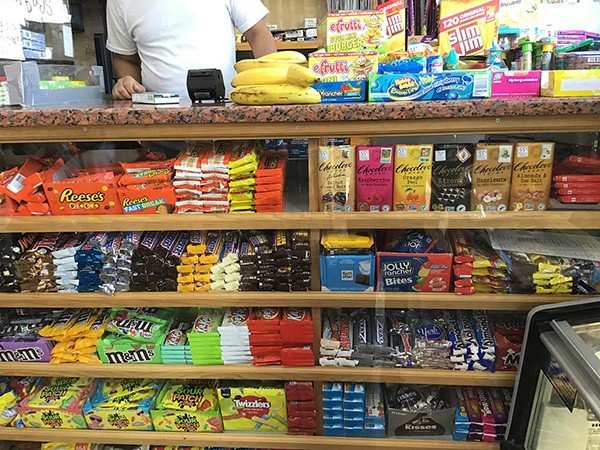 A few lone bananas can be found among a sea of candy near a cash register in a Harlem bodega. A youth participant captured the image as part of a photojournalism project, which the group used to create their bodega improvement plans.

In addition to learning about nutrition and food systems, the teen participants engaged in a photojournalism project, working together in groups to document the types of foods and snacks available in their local bodegas. At the end of the program, they presented their findings to leaders involved in food justice efforts, including Craig Willingham, deputy director of the City University of New York’s Urban Food Policy Institute.

Liarah Hooper, a 12-year-old participant, said she was nervous at first, but she enjoyed presenting their research to people who could make a difference.

“There should be more people fighting for healthier foods for children. Growing up eating all these fatty foods is not good for our health,” she said. “It was kind of depressing, learning about how there’s less healthy food in our communities. It’s not fair and I want to help change that.”

The program was based on the YEAH! (Youth Engagement and Action for Health) curriculum developed by Nisha Botchwey at Georgia Tech, Gangrade said.

The David M. Einhorn Center for Community Engagement’s Serve in Place Fund – established to support students engaged in community-based research or learning projects during the pandemic – supported three of the study’s five undergraduate researchers. A $25,000 donation from Erica Karsch ’94 supported the other two and provided participating teens with stipends.

Hannah Rudt ’23, a member of Leak’s research group who is majoring in information science with a minor in community food systems in the College of Agriculture and Life Sciences, grew up in New York City and received Serve in Place Funds to support her participation in the feasibility study.

“Cornell providing funding for me and for the rest of the research group to do this project made me feel better about being far away from my community during a difficult time,” Rudt said. “I felt like I was committing to my community and getting to do the New York City food security and food justice work I’m passionate about.”

Leak said the program benefited all involved, bringing together teens and undergraduate researchers for in-person activities for the first time since the start of the pandemic. The undergraduates became so engaged with the teens that they attended other activities at the Boys and Girls Club in their off time, providing mentorship and college advice to the program participants.

“My primary outcomes, of course, are around nutrition and health, but I try to think about people holistically,” Leak said. “Who cares if I’m sitting here talking about eating more carrots when you’ve had to move during a pandemic, your parents have lost their jobs, or you lost a family member? By the end of the program, the teens had these friendships, and to me, that’s 10 times more important than the nutrition piece, because we created community. And when you have community, and an actual social network, anything is possible.”

E.C. Barrett is a freelance writer for the College of Human Ecology. This story was originally published in the Cornell Chronicle.