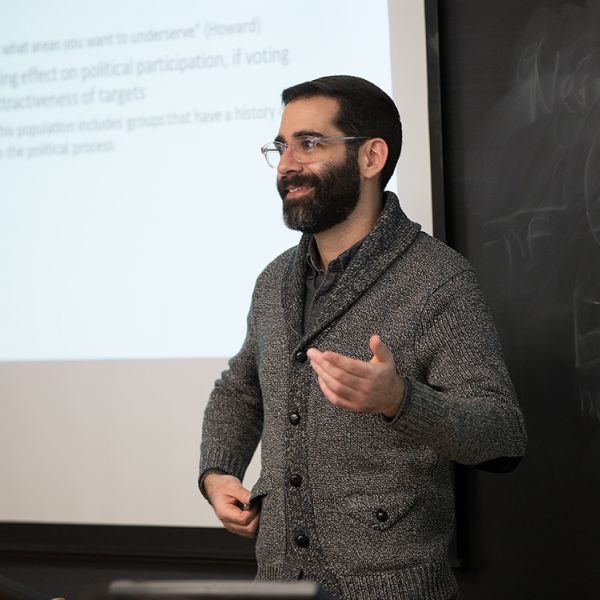 Artificial intelligence has begun to infiltrate our daily lives, influencing our experience as consumers to what we view on social media and how we fare in the legal system. But how do we know if these data-driven decisions are fair? A Cornell University Computing and Information Science professor is emerging as a leader in the growing field of ethics in data science—a field that attempts to answer these urgent questions.

While a recent article in the New York Times lamented the lack of academics providing ethical training to future data scientists, Solon Barocas has spent years researching bias and discrimination in machine learning and is now pouring that knowledge into a fall semester class on Ethics and Policy in Data Science.

The class focuses on new issues stemming from algorithms making important decisions in people’s lives—who gets hired, who gets into college, and even who gets released on parole. “There’s the possibility that even though these decisions are data driven, they are discriminatory in some way,” said Barocas. “While many of us were excited to push high-stakes decision-making onto a more rigorous and reliable empirical foundation, we have quickly learned that data themselves can be the mechanism by which bias is relearned by the algorithms.”

As the use of algorithms in our world continues to flourish, so do concerns about privacy, too. “Machine learning makes it possible to infer deeply personal information about you from unlikely sources—determining sensitive health conditions from seemingly benign social media post, for example. The policy world is unprepared to deal with the possibilities arising from these computational techniques,” said Barocas.

Barocas is the lead organizer behind the first-ever conference on fairness, accountability and transparency in algorithmic systems. Over 450 attendees are expected in New York City in mid-February to explore research addressing the dangers of inadvertently encoding bias into automated decisions. The conference builds upon several years of successful workshops on the topics of ethics and fairness in machine learning.