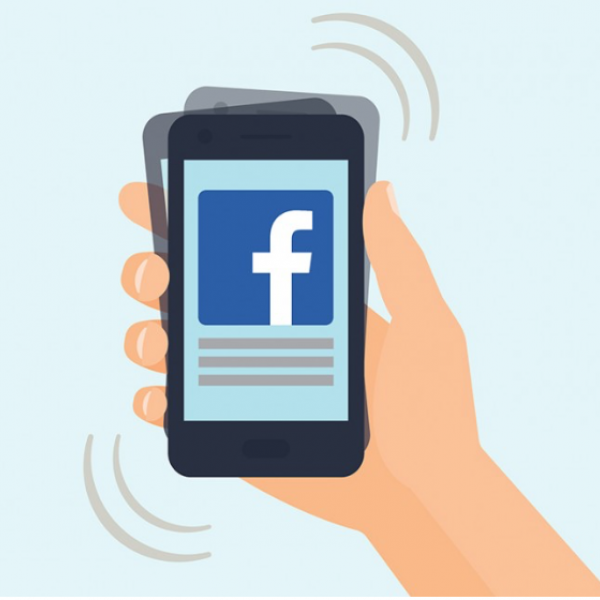 In his research on college students’ productivity, Cornell Tech graduate student Fabian Okeke heard many accounts of time lost to social media, beginning with a click over to Facebook or YouTube for a quick distraction.

But the distraction was not always so quick.

“You have cases where a few minutes becomes an hour, because these programs have been designed to keep pulling people back in,” said Okeke, a doctoral student in the field of information science at Cornell Tech. “So we started thinking about ways we could design different kinds of interventions that could help people focus back on work.”

Okeke and his colleagues didn’t want to block Facebook or other potentially addictive apps – blocking tools already exist, these sites can be helpful or entertaining, and people might avoid signing up for a tool that bars them from certain apps completely. Instead, they looked to the theories of behavioral economics and psychology and developed an app that uses negative reinforcement, in the form of persistent smartphone vibrations, to remind users they’d exceeded their predetermined time limit.

Once they exceeded that limit, study participants’ phones vibrated every five seconds until they navigated away from the targeted app. Over the duration of a study focused on Facebook usage, participants reduced their time on the Facebook app by an average of 20 percent.

“The fact that something as simple as a repeated vibration could help people reduce their usage was pretty powerful,” said Okeke, lead author of “Good Vibrations: Can a Digital Nudge Reduce Digital Overload,” presented at the 20th International Conference on Human-Computer Interaction with Mobile Devices and Services in September in Barcelona.

Co-author Michael Sobolev, a postdoctoral associate at Cornell Tech, said the researchers were inspired by the way cars beep until drivers and passengers put on their seatbelts.

“They tried to increase fines, but that didn’t work; the only technology that actually solved the problem is the beeping noise,” Sobolev said. “You want to give people the freedom to do what they want, but also to nudge them in the right direction. The vibration doesn’t prevent you from doing anything, but it functions as a reminder and a negative reinforcement.”

Because smartphones already have a vibration feature, the method doesn’t require any additional hardware, making it not only simple but cost-effective, the researchers said.

The researchers chose Facebook for their study because it is the world’s most dominant mobile app, and because prior research showed that 90 percent of people who wanted to limit digital consumption specifically sought to reduce time spent on Facebook.

For the study, the researchers recruited 50 participants who already had the Facebook app installed on their phones. They divided them into a group which received interventions, and a control group, which did not.

During the first week, all participants used Facebook without intervention. In the second week, the phones of users in the intervention group vibrated gently every five seconds when they exceeded their limits until they stopped using the app. In the third week, participants’ Facebook usage continued to be monitored but they no longer received vibration “nudges.”

The researchers found that users who received vibrations reduced their time spent on Facebook by more than 20 percent during that week, but the vibrations did not reduce the number of times they opened the app. Participants returned to their regular use levels when the vibration intervention stopped in the third week.

In the future, the researchers said they plan to look into larger-scale studies and they also hope to develop this tool as a publicly available app.

“We’re looking for ways to actually help people achieve whatever goals they set for themselves,” Okeke said. “We’re not looking to say, ‘completely stop using Facebook’; we want to give people control to exercise how much they consume digital content.”

The paper was co-authored with Nicola Dell, assistant professor of information and computer science at the Jacobs Technion-Cornell Institute at Cornell Tech, and Deborah Estrin, the Robert V. Tishman ’37 Professor of Computer Science and associate dean at Cornell Tech and a professor of health care policy and research at Weill Cornell Medicine. The work was supported by the National Science Foundation and Oath, which is part of Verizon, through the Connected Experiences Lab at Cornell Tech.

-- by Melanie Lefkowitz for the Cornell Chronicle