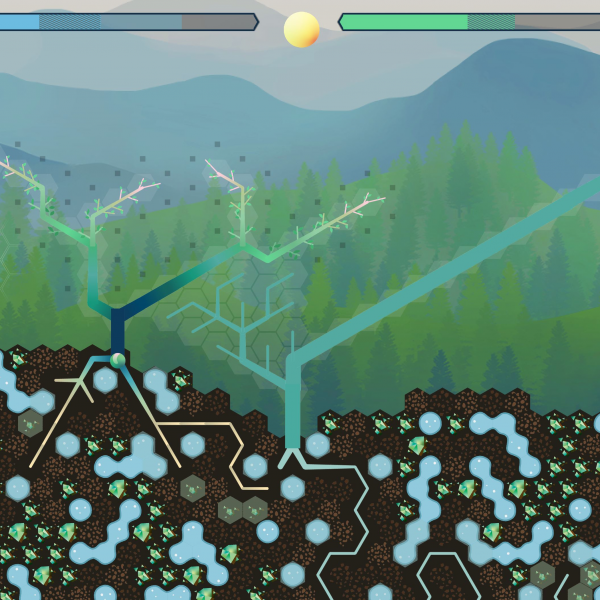 Come explore newly developed video games at Cornell next Friday, including a fun and food-focused, family-style cooperative game played on your mobile phone!  Students in the Game Design Initiative program are eager to show off the culmination of their hard work on May 17 from 4-7 pm in Carpenter Hall. The event is free, open to the public and participants are urged to play the new games and vote for their favorite! Winners will be announced at the end of the showcase.

Some of this year’s new games include:

Flourish: This strategy game for Mac and PC just won the Faculty Prize at BOOM 2019! In this game, players gather sunlight and nutrients to grow their plant, while denying those resources to their opponents.

Cluck-Cluck-Moose: This strategy game for mobile requires players to strategically balance chickens atop a moose’s antlers. These chickens then battle for dominance. This game mixes interesting strategy with off-the-wall humor.

Starstruck: In this cooperative game for Mac and PC, two players can control two astronauts attached by a tether. The players must coordinate their movements to steer the astronauts to safety.

Family Style: In this cooperative game played on mobile phones, each player has a chef working at a table. The players must pass ingredients between phones to complete their recipes.

The Game Design Initiative at Cornell University is part of the Department of Computer Science and is led by Director Walker White, computer science professor and primary instructor for the game design courses.