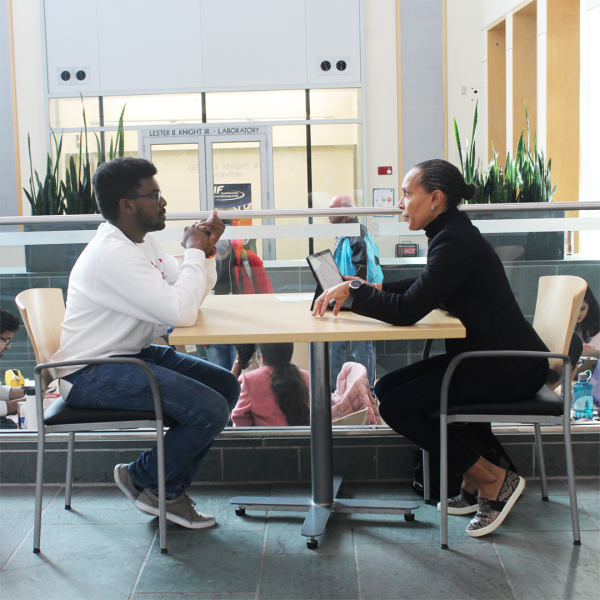 Optimizing online data by throttling down pesky online ads, reducing recidivism and broadening participation in the tech field, and improving the lives of those who are food insecure – these were a few of the award-winning projects at the Engage to Empower Hackathon sponsored by the Cornell Ann S. Bowers College of Computing and Information Science Office of Diversity, Equity, and Inclusion.

Competing for more than $12,000 in cash prizes, teams composed of more than 200 Cornell students holed up in Duffield Hall on Sept. 30 for a 36-hour weekend blitz to collaborate, conceptualize, design, and ship tech solutions that strengthen diversity, equity, and inclusion efforts. Teams made their final project pitches Sunday night, and winners were chosen by industry representatives and higher education professionals. 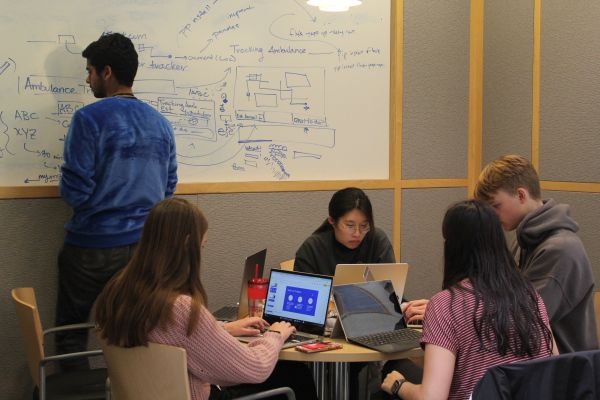 Students chip away at a team project during the Engage to Empower Hackathon held Sept. 30 through Oct.1 in Duffield Hall.

The Engage to Empower Hackathon was one of many events held during Impact Week, a universitywide initiative that encourages each campus entity to demonstrate and celebrate the importance of diversity, equity, inclusion, and belonging. Taking place Sept. 28 through Oct. 4 on Cornell’s Ithaca, NY, and New York City campuses, Impact Week events included an alumni roundtable and several talks on diverse topics like Latinx and career advancement, the importance of gender pronouns, and cultivating joy and managing stress. Impact Week was endorsed through an Innovation Grant from Belonging at Cornell and was designed and organized by the Cornell Bowers CIS Office of DEI.