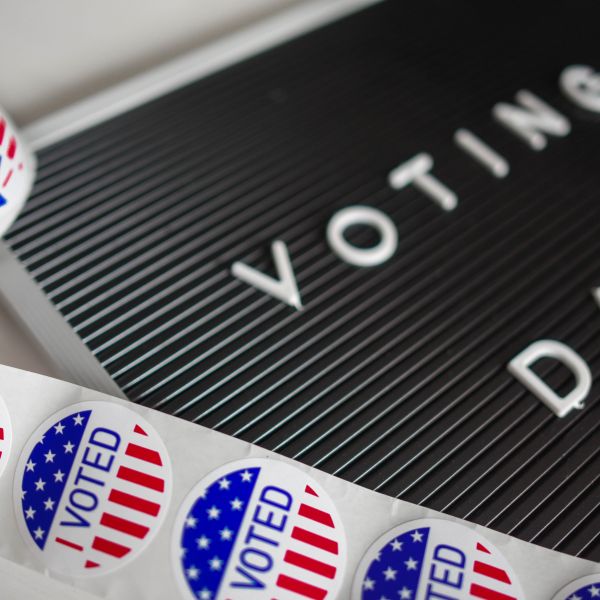 New research lays out in detail why ranked-choice voting, combined with multi-member legislative districts, promotes fair representation, particularly when it comes to blunting gerrymandering – the party in power’s ability to map a district to its political advantage.

The work comes as the results of the 2020 U.S. Census, released Aug. 12, will be used to reapportion legislative districts across the nation, including in New York, one of a handful of states that lost a seat in the House of Representatives due to population drop.

“It’s not a coincidence that we’re particularly focused on this, given the completion of the census,” said David Shmoys, the Laibe/Acheson Professor of Business Management and Leadership Studies in the College of Engineering’s School of Operations Research and Information Engineering (ORIE). “Now is the time that there’s the most attention paid to what’s going right and what’s going wrong. For the handful of states that have independent [election] commissions, if we can get their ear and move forward, that would also be fantastic because we do think we have tools that would be of value.”

Shmoys is co-author of “Combatting Gerrymandering with Social Choice: The Design of Multi-Member Districts,” published on arXiv this month. Co-author Nikhil Garg, assistant professor at ORIE and at the Jacobs Technion-Cornell Institute at Cornell Tech, will present the research at the annual meeting of the Institute for Operations Research and the Management Sciences, Oct. 24-27 in Anaheim, California.

Other co-authors include Wes Gurnee ’20, an operations research doctoral student at the Massachusetts Institute of Technology, and David Rothschild, an economist at Microsoft Research.

The researchers found that, in terms of both fairness and preserving how geographically close residents are to their representatives, the best option is three-member legislative districts in which voters rank their choices and the candidate with the most first-place votes is the winner; surplus votes are transferred to voters’ next preferences.

This work is an extension of the 2020 “fairmandering” research led by Gurnee, in which he developed a new mathematical method to try to inject fairness into the fraught process of political redistricting. The researchers devised a way to efficiently incorporate ranked-choice voting – which Garg studied in his doctoral dissertation – into the method. Among other things, the research showed that it takes more than good intentions to create a fair, representative (politically and geographically) district.

Ranked-choice voting, just used in the New York City mayoral primaries, reallocates votes from non-viable to viable candidates. In a multi-member district, it also reduces the impact of each voter after a candidate they support has been declared a winner.

The new study sheds light on potential outcomes of the Fair Representation Act, first introduced in the U.S. House of Representatives in 2017 and reintroduced twice since. The Democrat-sponsored legislation would establish, among other things, ranked-choice voting in all House races and multi-member congressional districts.

“Our goal is to put a tool in the hands of policymakers and say, ‘Here is a large collection of hypothetical district maps and voting rules; these are the inherent tradeoffs in different dimensions of representation forced by geography and the election rules,’” Gurnee said. “They can use this information as the basis for a regionally aware policy solution.”

The most common current method for electing representatives at all levels of government is the winner-take-all, single-member district: For example, New York state has 27 congressional districts, each represented by a single House member.

“Our work shows that many of the challenges with redistricting – from ‘natural’ geographic imbalances to partisan gerrymandering – stems from the winner-takes-all nature of our districts, and that even small multi-member districts would address them,” Garg said, noting that in certain instances it’s nearly impossible to come up with proportionate, politically balanced maps with single-member districts.

In Massachusetts, for example, the state is not only strongly Democratic but “it’s relatively, consistently, overwhelmingly Democratic throughout the whole state,” Shmoys said. New York, on the other hand, is seen as a blue state but has Republican strongholds both upstate and downstate.

Multimember districts are rare but not unheard of. In 1962 a total of 41 state legislatures had them; today, 10 states still elect representatives for at least one state governmental chamber in such a manner. Arizona, for example, is divided into 30 legislative districts, with each electing one senator and two representatives.

The bottom line: A multimember district, with some form of ranked-choice voting, severely limits the gerrymanderers’ ability to draw themselves into the Election Day winner’s circle.

“Once you go to the right social-choice function, and in compact, three-member districts, the ability to create a partisan advantage is far more limited,” Shmoys said. “We’re handicapping the gerrymanderers.”

This article first appeared in the Cornell Chronicle.