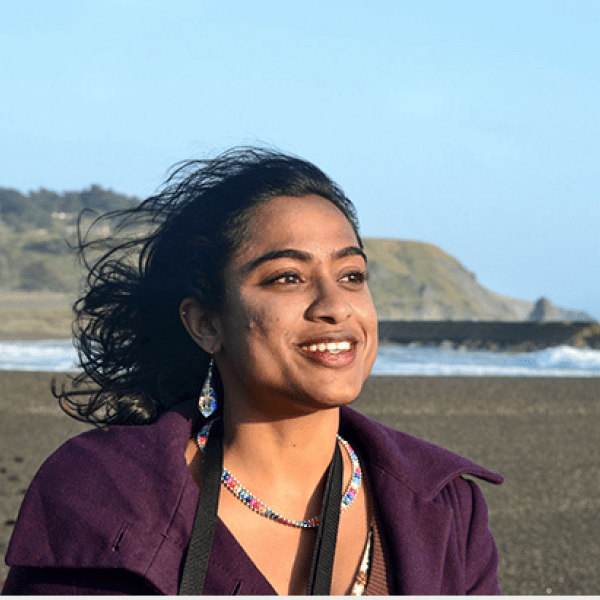 After graduating with a double major in philosophy and computer science, Radha joined Google as a software engineer. In six years, she was promoted to technical program manager in charge of large projects – including the redesign and launch of Google Maps in 2013, which involved teams in the United States, Australia, Japan and Switzerland. For three years, she also ran Google's Computer Science Summer Institute – an all-expense-paid, three-week computer science "boot camp" for college-bound women and underrepresented minorities. Radha recently returned to Cornell to give a talk on "Surviving Your First 10 Years in Tech" to the Women in Cornell Computing student group.

In 2010, Radha established the Radha Narayan International Scholarship for Women in Engineering. "The lack of women in engineering majors is a problem, especially in computer science, which is my field. I can at least help ease the way financially for those who choose engineering," she explains.

Born in India and migrating with her family to Iraq and then Saudi Arabia before settling in Canada, Narayan was herself an international scholar who benefited from Cornell's need-based full-tuition scholarship and work-study grants.

"I felt like I should do something for other people," she says. "Having my name attached to the university is important, and I like that another student might possibly know that I was there, too."

The scholarship she established was facilitated through a challenge match campaign, which augmented gifts of at least $75,000 (usually spread out over five years) with $25,000 in Cornell funds.

"I thought that you had to be a multimillionaire before you could do something, but I was able to start this scholarship less than five years after I graduated. I thought that was pretty fantastic," she says.