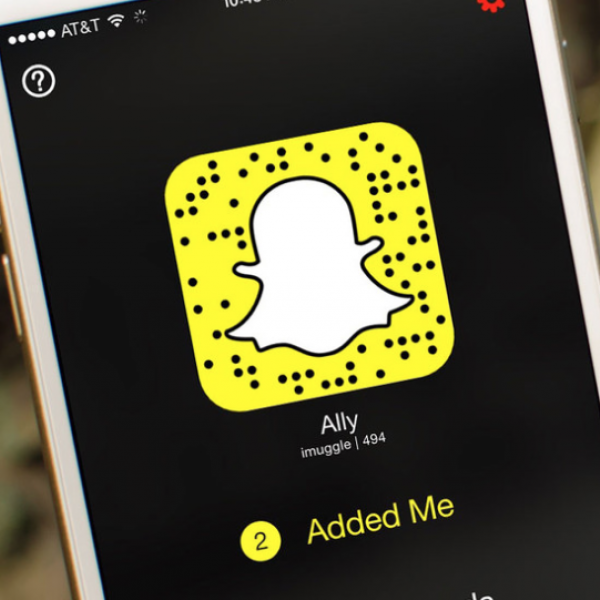 In one of the first design research studies about the social media app Snapchat, Cornell University’s Social Media Lab tackled whether or not the app changes the way users interact with each other and self disclose information.

For their paper to be presented at ACM CSCW 2016, the Cornell researchers conducted an interview study with college students and found that Snapchat, because of its ephemeral design, encourages certain conversations between users that are mundane but also intensely personal. Snapchat is designed around the idea of auto-deletion.  Essentially, users “friend” each other through the application and are then able to send each other either picture or text-based messages known as “snaps.”  The message sender decides the length of time, between one and ten seconds, that the message receiver can view the content for.  After the allotted amount of time has past, the message disappears forever from both the sender’s phone and receiver’s phone.  If the receiver takes a screenshot of the message, Snapchat sends a notification to the sender alerting him or her of the action. Users of Snapchat report that Snapchat friends are particularly close to the sender or people of romantic interest, while Facebook friends tend to be more casual acquaintances. Snapchat’s design both in auto-deletion and in friend type allows users to engage in more intimate and self-disclosing interactions.

“In the interviews users said when friends snap each other they no longer have to worry about whether what they message will be shared with an unintended person or taken out of context,” said researcher Bin Xu, Information Science PhD student. “With so much to store mentally and digitally, users reported that they enjoy being able to have an interaction where they can be their true selves without worrying about the repercussions of their exchanges.”

The idea of sharing relevant information that disappears after a certain amount of time with only a select group of people is seldom used in social media applications.

Especially in the case of Facebook, not only is content permanent, but there is no differentiation between which friends can view what content.  The researchers concluded that Snapchat’s design grants three categories of effects.  First, auto-deletion of content and a small friend base through the app allow users to be less-self conscious in their messages, sharing what they are actually feeling or thinking without worrying about unintended audiences.  This form of casual, everyday communication paves the way for stronger relationships between Snapchat friends.  Second, the app gives rise to the issue of sharing content versus showing content.  On other social media sites, sharing and showing information overlap, and it is often unclear where digital ownership lies.  With Snapchat, ownership stays within both parties in the case of a screenshot or with neither in the case of auto-deletion.

Third and lastly, the researchers describe the potential usefulness of a future application that is location based yet messages have an ephemerality aspect to them.  They bring up the example of staying in touch with colleagues during a business conference.  These “friends” are situational but keeping in contact and sharing interactions during the time at the conference is necessary.  However, these messages do not need to be permanent since the lifespan of the “friendship” will likely be short.  By studying the value and behavioral implications of Snapchat, the researchers expect to open the door to an ephemeral design space that has yet to be explored.