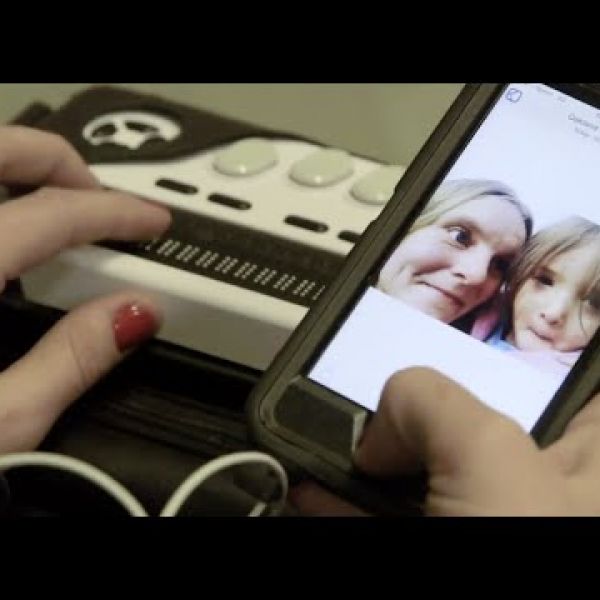 It’s tough for anyone to keep up with the ever-evolving advancements in technology. How do people with disabilities cope? Researchers from the Information Science Department at Cornell University teamed up with Cornell Tech and Facebook to explore blind people’s motivations, challenges, interactions, and experiences using Social Networking Services. The researchers will be presenting a paper at the 2016 ACM Conference on Computer-Supported Cooperative Work and Social Computing this February.

With people uploading 350 million photos a day to Facebook, sharing visual content has become an even bigger part of the platform’s experience. Blind people typically interact with computers using screen readers, software that interprets what is being displayed on the screen and reads it to the user. However, screen readers cannot interpret visual materials, such as photos and videos. What strategies have blind people come up with to deal with visual content?

Working with the National Federation for the Blind, researchers interviewed 60 blind people who are active on Facebook about their experiences using the site and especially interacting with visual content. For the most part, blind people rely on the textual cues that the person posting added to the photo. They also glean information on what’s in each photo and decide how to respond to it based on what other people comment, the number of “likes” the photo received, and geo-tags that indicate where the photo was taken. Although these users upload fewer photos, they in general receive more feedback on their posts. Sometimes they have to rely on friends and family to interpret visual content or post their own photos.

The researchers suggested ways to help blind people interact with visual content more, such as using OCR technology to generate alternative text for photos and videos.  In addition, using advanced technologies that help blind people take better photos, edit, and upload them without relying on others will increase their autonomy. Creating a specific and simpler format for blind people on Facebook could help overcome general accessibility challenges; many blind people currently access Facebook through its mobile site (m.Facebook.com) on a desktop browser to avoid the structural complexity of the main site.

Paper authors include Violeta Voykinska, MPS ’15 now working at Blizzard Entertainment; Shiri Azenkot at Jacobs Technion-Cornell Tech; Shaomei Wu, PhD ’11 now working at Facebook; and Information Science Senior Lecturer Gilly Leshed. Leshed and Azenkot received an award of $25,000 from Facebook following this work, which they will use to improve accessibility of social media for people with reading disabilities.