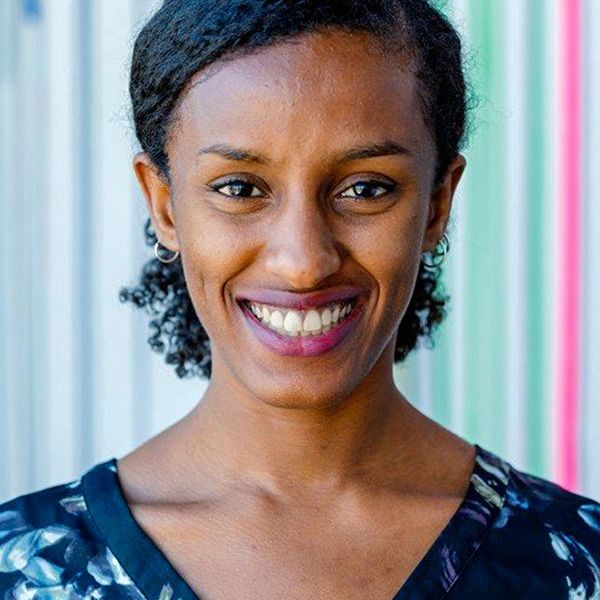 When Rediet Abebe, M.S. ’18, Ph.D. ’19, came to the United States from her native Ethiopia, she was surprised to find such drastic inequality.

“At least in Ethiopia, we were sort of resource constrained – I could see why it was that way,” she said. “But here, it just didn’t make any sense to me.”

Around the same time, she began to discover the powerful impact algorithms could have on people’s lives. At Cornell, her doctoral program in computer science allowed her to merge her math degrees with her interest in inequality and social impact.

“For the most part, algorithms didn’t create inequity and inequality,” Abebe said. “But the fact that we didn’t have people who were engaging with algorithms’ role was exacerbating this existing inequality. With any sort of social issue, an algorithm can make things a lot worse, or it can help you understand what’s going on better and try to move things in a positive direction.”

Abebe, the first black woman to earn a doctorate at Cornell in computer science, blazed a trail not just for herself, but for others, too. Though she completed her studies in December, before the pandemic she’d planned to return to Ithaca in May to participate in Commencement events.

Black in AI, a group she co-founded in 2017, ballooned from an email thread among a handful of researchers to a nonprofit organization with 2,000 members. She also co-founded Mechanism Design for Social Good, aimed at using algorithmic tools to improve opportunities for disadvantaged communities. The initiative now has active members at 100 institutions in 20 countries.

Designing algorithms for social good was the focus of her dissertation.

Currently a junior fellow at the Harvard Society of Fellows – one of only two fellows with computer science Ph.D.s in the society’s history – Abebe will join the faculty of the University of California, Berkeley, as an assistant professor of electrical engineering and computer science. Her honors include a Cornell Social Justice Award in 2019. She was featured in “35 Innovators Under 35” in the MIT Technology Review in 2019 and in “Bloomberg 50: Ones to Watch” in 2018.

At Berkeley, she’ll be the first black female computer science professor on her department’s faculty.

“It’s easy to see that as a positive, and it is a positive. But it’s also a negative because it means I’m going to come into a space that was not built for me,” she said. “I’m going to be pointing out things that aren’t working for me, and I’m going to trust that people are going to engage with that meaningfully. For a junior researcher from an underrepresented background to feel heard and empowered and be taken seriously is the most important thing, and I felt like I had that at Cornell.”

After receiving a B.S. and M.S. from Harvard University and a Master in Advanced Studies in mathematics from the University of Cambridge, Abebe chose Cornell for her graduate studies largely to work with Kleinberg, whose mathematical approach and research on social networks she admired. She grew up in Addis Ababa, Ethiopia’s capital and a city of 10 million people, so she wasn’t sure how she’d adapt to Ithaca, but fell in love both with the university and its setting.

“It’s really interesting to see people starting grad school now talking about their research in a very different way than my cohort did five years ago. We have a long way to go, but I’ve seen a significant change.”

“Ithaca is such a peaceful town, which makes it easier to make connections – not just personal but academic,” she said. “You sink into very real conversations and develop real relationships, and people took time to help me shape my research.”

She took advantage of Cornell’s interdisciplinary nature to learn more about social science and inequality. Her mentors included Karen Levy, assistant professor of information science, and Kim Weeden, the Jan Rock Zubrow ’77 Professor of the Social Sciences and director of the Center for the Study of Inequality.

When she arrived at Cornell in 2015, Abebe was the only black doctoral computer science student on the Ithaca campus. Her connections with other computer scientists around the country led her to co-found Black in AI.

“We were all feeling this sense of isolation and a desire to create community,” Abebe said. “But we were also all concerned at the same time about the impact of computing on society, especially on black communities. And we felt that if we were at the table and we were empowered, then we would be able to advocate for change and for better consideration for our communities.”

More black and Latino computer science doctoral students have since arrived at Cornell. In 2019, 14% of Cornell’s 35 incoming Ph.D. students in computer science were from underrepresented backgrounds, and 31% were women. Abebe said she has also seen more awareness and acceptance in the computer science field about designing socially conscious algorithms.

“For a while, I felt like I had to focus on the math. But now I can say, ‘I’m equally focused on the math and the implications,’” she said. “It’s really interesting to see people starting grad school now talking about their research in a very different way than my cohort did five years ago. We have a long way to go, but I’ve seen a significant change.”

This story, written by Melanie Lefkowitz, originally appeared at the Cornell Chronicle on May 21, 2020.