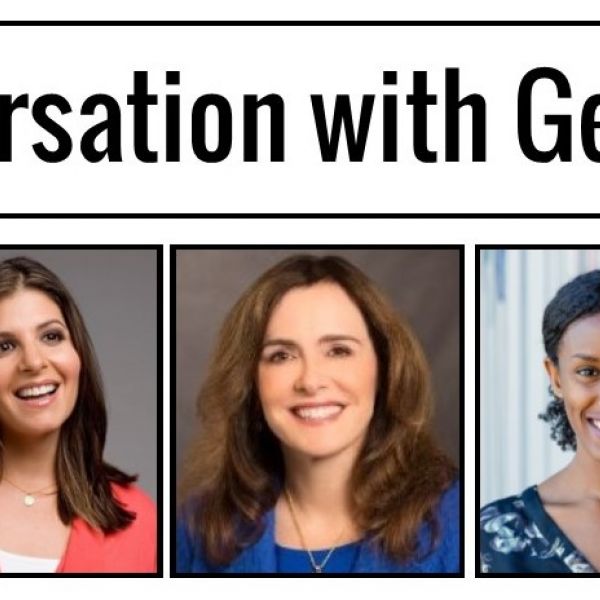 "A Conversation with Geek Girls" to be held April 18

The Cornell and Ithaca community are invited to an exciting discussion on breaking barriers for women in technology on April 18 at 7:00 pm in the Alice Statler Auditorium, Cornell University campus. “A Conversation with Geek Girls” will feature the co-author of the book Geek Girl Rising, Heather Cabot, who will sign books on April 18 from noon to 1 pm at the Cornell Campus Store and prior to the panel discussion from 6:15-6:45 pm. The event is free and open to the public.

“A Conversation with Geek Girls” will be a panel discussion followed by Q&A. These Geek Girls will discuss the female entrepreneurs and technologists who are building the next generation of tech start-ups and upending male hacker stereotypes. The event will also be livestreamed. Panelists include:

Éva Tardos (moderator) is the Jacob Gould Schurman Professor of Computer Science at Cornell University, was the Computer Science department chair from 2006-2010. She received her BA and PhD from Eotvos University in Budapest. She joined the Cornell faculty in 1989. Tardos' research interest is algorithms and algorithmic game theory. She is most known for her work on network-flow algorithms, approximation algorithms, and quantifying the efficiency of selfish routing. She has been elected to the National Academy of Engineering, the National Academy of Sciences, the American Academy of Arts and Sciences, and is an external member of the Hungarian Academy of Sciences. She is the recipient of a number of fellowships and awards including the Packard Fellowship, the Goedel Prize, Dantzig Prize, EATCS Prize, Fulkerson Prize, and the IEEE Technical Achievement Award. She is editor-in-Chief of the Journal of the ACM, and was editor in the past of several other journals including the SIAM Journal of Computing, and Combinatorica. She has served as a program committee member for many conferences, and was program committee chair for SODA'96, FOCS'05, and EC'13.

Heather Cabot, co-author of the book Geek Girl Rising, is an angel investor, writer and adjunct professor at Columbia University Graduate School of Journalism. She is managing director of Golden Seeds angel investing network, a Pipeline Fellowship alumna, and an advisor to numerous women-led ventures. She is also a member of The List, a network that supports and advocates for women in technology. Cabot is a former ABC News anchor/correspondent and served as Yahoo! Web Life Editor from 2007-12, in which she reported on digital trends for TODAY, CNN, MSNBC, Fox News and daytime talk shows. She’s written for The Huffington Post, Psychology Today, Parents, The SHE network, Women 2.0, USA Today and Yahoo!.

Ana Pinczuk ’84 is a high-tech executive, known for transforming organizations, processes, customer and partner experiences. She is currently Senior Vice President and General Manager for HPE Pointnext, HPE’s $7B+ services business. Ana holds a BS and Master of Engineering degree in Mechanical Engineering from Cornell University, a Master of Technology Management degree from the University of Pennsylvania Wharton School, and a Master of Science Degree in Software Management from Carnegie Mellon University. She is the recipient of several awards, most recently being recognized by Fortune’s 2018 Top 50 Latinas.

Rediet Abebe ’19 is a Ph.D. candidate in computer science at Cornell University, working on algorithms, AI, and applications to social good. She is a co-founder and co-organizer of the Black in AI group as well as the Mechanism Design for Social Good group. She was born and raised in Addis Ababa, Ethiopia.

Avani Bhargava ’20 is a computer science major and linguistics at Cornell. She is Co-President of Women in Computing at Cornell (WICC), where she leads over 30 directors and VPs to build an inclusive community and empower women to succeed in tech; a member of CIS Dean's Diversity Committee; and co-founder of a CS camp in her New Jersey hometown. Last summer, she worked in Portland, Oregon as a software development intern at Uncorked Studios. On campus, she sings in The Class Notes a cappella group and has served as a consultant for CS 2110

“A Conversation with Geek Girls” is co-sponsored by Cornell Computing & Information Science, Women in Computing at Cornell, and the Cornell Entrepreneur Network.

This event is preceded by BOOM 2018 from 4-6 pm in Duffield Hall. Over 140 of Cornell’s brightest students will unveil their best work in cutting-edge technologies. Stop by and experience video games, robots, new apps, and software. Free and open to the public. This event is also serving as the kick-off to the Entrepreneurship @ Cornell Celebration being held April 18-21 on campus.