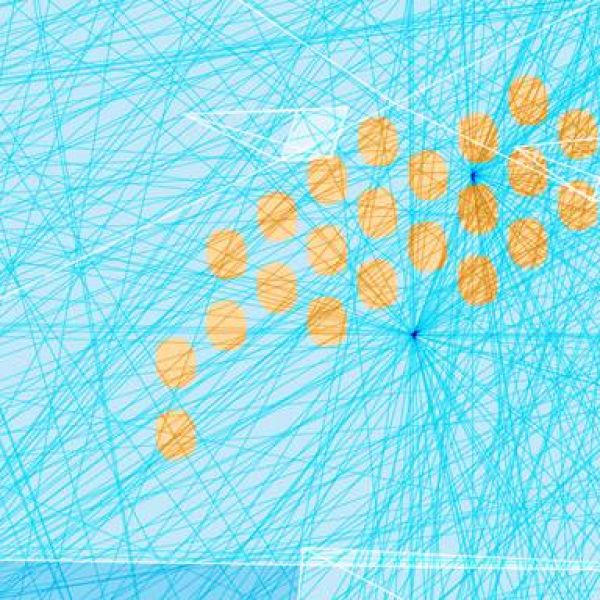 What does "friendship" mean when half of all Facebook users have more than 200 friends in their networks? How do global viral movements impact human behavior, and vice versa?

These are some of the questions Jon Kleinberg and his fellow Cornelians are exploring in what he calls “the Wonderland” of social networking.

Kleinberg, the Tisch University Professor of Computer Science and a MacArthur “Genius” Award winner, is at the forefront of Cornell’s world-leading research on social and information networks. This work spans the algorithmic underpinnings of networks to their human behavioral implications. Kleinberg, along with his Cornell colleague David Easley, an economist, literally wrote the textbook on network science. The book is the basis of one of the largest and hottest classes at Cornell – Networks, Crowds and Markets – that explores the “connectedness” of modern society.

Kleinberg’s current focus is on what can be learned from the millions of small interactions people make online every day and their implications for the future of networking. “There’s an interdependence between the tools we build and how humans behave,” says Kleinberg. One of the reasons Cornell is so impactful in this research is that it brings together people who think about technology with people who think about human behavior. Among them are alumni like Lars Backstrom, '04, Ph.D. '09, Kleinberg’s former student and the current news feed director at Facebook.

“The more understanding computer scientists have of their enormous audiences and the trajectories they take, the clearer it becomes that networking design is no longer just the province of computational efficiency or network bandwidth, but a wide array of factors that are determined by human behavior.”

Backstrom points out that the lines between online and offline friends have blurred, and this has pushed Facebook to redefine the concept of friendship. In the past, social scientists characterized friendship in terms of strong and weak ties – our close friends and acquaintances. But as the reach of the Internet increased exponentially, as content became more varied and personalized, and as users became more participatory, the paradigm shifted. Now, Facebook is finding that users “friend” people for all sorts of reasons. Backstrom says that user behavior has shown that there are many dimensions to friendship and, as a result, Facebook has evolved from being a way to keep in touch with people whom you already know and their friends, to making friends with shared interests in the Internet community.

Another area of interest for Kleinberg is “social influence”: how to understand computationally when and how information moves from person to person across global networks, and when it is most likely to spark social contagions where an idea “goes viral.” These range from “Grumpy Cat” photos posted on Reddit evolving into a pop culture meme to global newsfeeds sparking whole movements in politics, art, pop culture, as we saw during the Arab Spring.

Kleinberg explains, “The more understanding computer scientists have of their enormous audiences and the trajectories they take, the clearer it becomes that networking design is no longer just the province of computational efficiency or network bandwidth, but a wide array of factors that are determined by human behavior.”

Kleinberg says the push-pull between humans and computers embedded into online social networks didn’t always exist. In the early 1990s, the web was a one-way conversation that he likens to going into a library where you have no impact on the contents, and you never see the other visitors. “We had the tools to engage with the information but not with one another,” he says. Today, thanks for pioneering work done at Cornell and elsewhere, people and machines can work together to improve our understanding of the world, each other and ourselves.

One thing is clear about the future: there will be more information, not less. How this will affect human relationships and the systems that facilitate them is something that Kleinberg considers. “We are interested in how future generations will connect with each other, and find and share information," he says. "We have to consider the structure of the network and how it’s organized.”