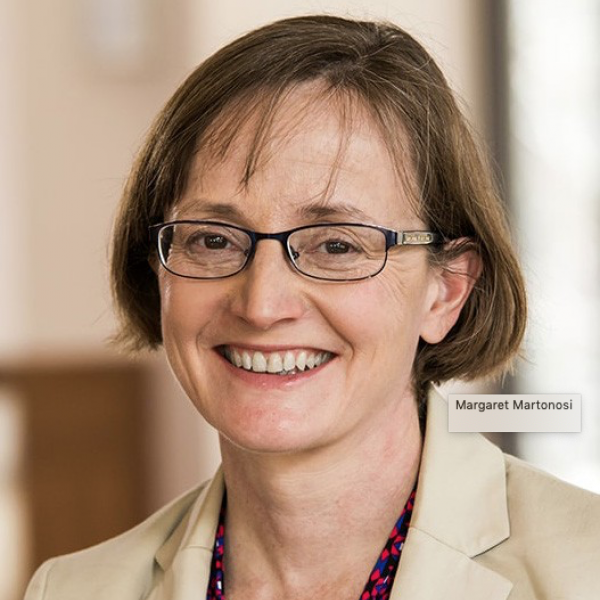 Computer Scientist Alumna to Give Two Talks at CIS Next Week

Computer scientist Margaret Martonosi ’86, a leader in promoting and nurturing diversity in STEM fields, will be at Cornell Jan. 21-25 as an Andrew Dickson White Professor-at-Large for a series of talks, seminars, classroom visits and informal events with students and faculty in Computing and Information Sciences and Cornell Engineering.

Martonosi is the Hugh Trumbull Adams ’35 Professor of Computer Science at Princeton University and director of Princeton’s Keller Center for Innovation in Engineering Education. An inventor with six U.S. patents, her work includes the development of the Wattch power modeling tool (2000) and the Princeton ZebraNet mobile sensor network project for the design and deployment of zebra-tracking collars in Kenya (2002).

Her faculty host at Cornell is José Martínez, professor of electrical and computer engineering. She will give a lecture, “ZebraNet and Beyond,” in Martínez’s Embedded Systems class Jan. 22; she also will lead a seminar, “Quantum Computing as a Computing System Design Challenge,” Jan. 23 at 4:30 p.m. in G01 Gates Hall.

Martonosi will join undergraduate residents of Alice Cook House on West Campus for the weekly house dinner on Jan. 23, followed by a talk at 7 p.m., “From Sand to Supercomputers,” an introduction to semiconductor fabrication. The Conversations at Cook House event is open to the public.

While on campus, Martonosi will have several informal meetings with students and faculty. Her schedule includes meetings Jan. 22 with Graduate Women in Science and the Cornell Society of Women Engineers, and a breakfast for Cornell Women in STEM, Jan. 23 at Rhodes Hall.

Martonosi’s research interests include computer architecture, mobile computing, correctness and security verification, and quantum computing. Her research has made broad inroads into other fields, particularly the impact of technology on public policy for societal development. She co-authored a technical reference book on power-aware computer architecture.

Her honors include the 2013 National Center for Women & Information Technology Undergraduate Research Mentoring Award; Princeton’s Graduate Mentoring Award in 2010; and the 2013 Anita Borg Institute Technical Leadership Award, a recognition given in part for contributions to the support and retention of women in computing.

She serves on the Computing Research Association board of directors and is a fellow of the Institute of Electrical and Electronic Engineers and the Association for Computing Machinery.

At Princeton, she is affiliated with the Center for Information Technology Policy and the Princeton Environmental Institute, and served from 2005 to 2007 as associate dean for academic affairs at the School of Engineering and Applied Science. During a sabbatical in 2015-16, she was a Jefferson Science Fellow at the U.S. State Department, working in the Bureau of Economic and Business Affairs’ Office of International Communications and Information Policy.

She earned her bachelor’s degree in electrical engineering from Cornell, and her master’s (1987) and Ph.D. (1994) from Stanford University. She was named an A.D. White Professor-at-Large at Cornell in 2015; her six-year term runs through 2022.