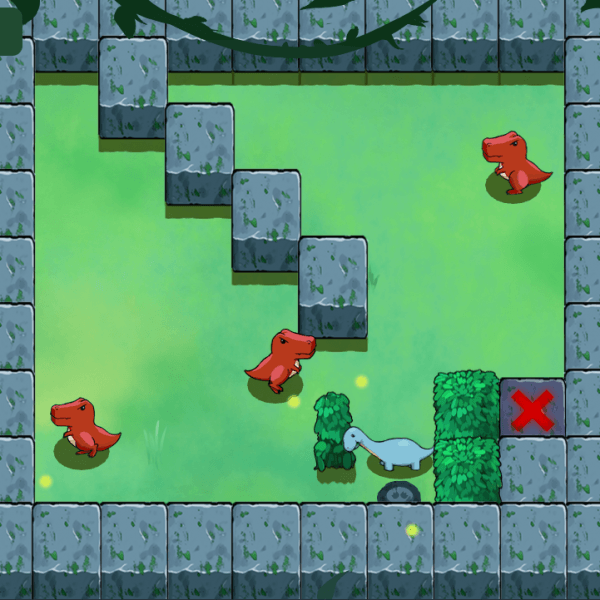 Come and explore the latest and greatest in video game design at Cornell next Friday! Students in the Game Design Initiative program are eager to show off the culmination of their hard work at the Game Design Initiative Showcase 2018 on May 18 from 4-7 pm in Carpenter Hall. The event is free, open to the public, and participants are urged to come ready to play the new games and vote for their favorite.

Some of this year’s project include:

Trino, a video game targeting younger players, features shape shifting from a baby dinosaur to a brontosaurus to a tyrannosaurus rex. Using their shape shifting powers, players make their way to safety past predators and other hazards

Discarded is an innovative game for iOS that integrates card game mechanics with a tactical dungeon-crawl game. Players have a deck of cards that represent different abilities. They draw cards from the deck to defend themselves or overcome enemies

Arcane Tectonics is a puzzle/strategy game for iOS and Android. The games features Bernette, who is trapped in a dreamland of unstable and shifting terrain and who must call forth the power of fire, earth and nature to protect herself.

Beat Boss is a rhythm game for iOS where players take the role of Hertzcules, champion of Olympus. Hertzcules has been sent by Zeus to overcome seven mighty tasks, all while dancing to the beat.

The Game Design Initiative at Cornell University is part of the Department of Computer Science and is led by Director Walker White, computer science professor and primary instructor for the game design courses.