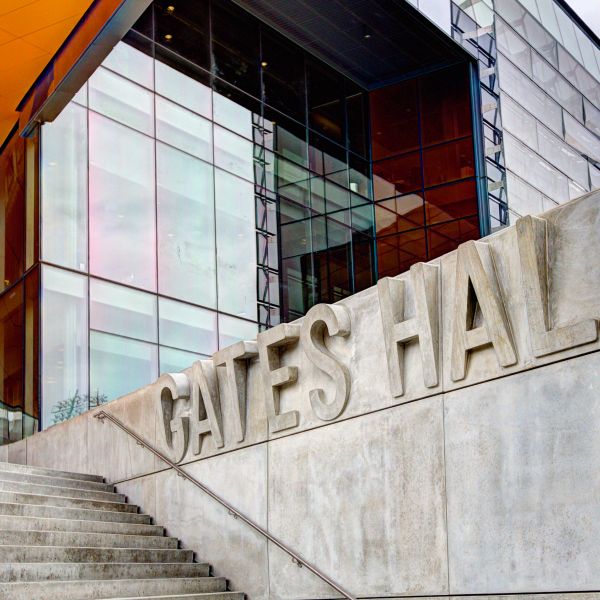 Cornell Computing and Information Science has been increasing enrollments steadily as students from across campus are eager to take our popular courses and an increasing number of students are declaring majors in computer science, information science and statistical science. To manage course sizes and enrollments as well as develop exciting new areas of faculty research, CIS is pleased to announce 10 new faculty hires and one lecturer in CIS departments between the Ithaca and Cornell Tech campuses.

Greg Morrisett is the new Dean of Computing and Information Sciences. Previously, he held the Allen B. Cutting Chair in Computer Science at Harvard University from 2004-2015. At Harvard, he also served as the Associate Dean for Computer Science and Electrical Engineering and as the Director of the Center for Research on Computation and Society. Before Harvard, Morrisett spent eight years on the faculty of Cornell’s Computer Science Department, which he now rejoins. Morrisett’s research focuses on the application of programming language technology for building secure, reliable, and high performance software systems. He is a Fellow of the ACM and has received a Presidential Early Career Award, an IBM Faculty Fellowship, a NSF Career Award, and an Alfred P. Sloan Fellowship.

Kilian Weinberger joins CS as an Associate Professor. He received his Ph.D. from the University of Pennsylvania in Machine Learning and his undergraduate degree in Mathematics and Computer Science from the University of Oxford. During his career he has won several best paper awards at ICML, CVPR, and AISTATS. In 2011 he was awarded the Outstanding AAAI Senior Program Chair Award and in 2012 he received an NSF Career award. He is Co-Program Chair for ICML 2016. Weinberger's research focuses on Machine Learning and its applications.

Anne Bracy is a new lecturer teaching computer systems in the Department of Computer Science. She received her PhD in Computer Science from the University of Pennsylvania and her M.S., B.S. and B.A. from Stanford University. She has previously taught systems classes at Washington University and was formerly a researcher at the Intel Corporation.

Elaine Shi is welcomed as an Associate Professor whose research generally focuses on security, privacy, and applied cryptography. Her published work has received more than 4,000 citations. Aside from security and privacy, Shi is also interested in data mining. She is the recipient of a Sloan Research Fellowship, a Google Research award (2013, 2014), an NSA Best Scientific Cybersecurity Paper award, a UMD Invention of the Year award, and an ACM CCS Best Student Paper award. She received her doctorate and master's in computer science from Carnegie Mellon University and her B.E. from Tsinghua University.

Adrian Sampson will start as an Assistant Professor in August 2016. In the interim, he will be a post-doctoral researcher at Microsoft Research in the RiSE group. His research focuses on designing better hardware–software abstractions through programming languages and computer architecture. He received his Ph.D. from the University of Washington.

Tom Ristenpart has been hired as an Associate Professor at Cornell Tech specializing in cloud computing security, applied and theoretical cryptography, and privacy. Previously at the University of Wisconsin, he is a 2015 Sloan Research Fellow and co-PI for the NSF-funded Frontier Project Silver, which focuses on security in cloud computing. He received his PhD in Computer Science from UC-San Diego.

Yoav Artzi will be joining Cornell Tech as an Assistant Professor this fall after completing his PhD at the University of Washington. He received his BSc in Computer Science from Tel Aviv University. In 2012, he received a Yahoo Key Scientific Challenge Award. His current research is in the intersection of natural language processing, machine learning and learning through interaction.

Cristian Danescu-Niculescu-Mizil joined the Information Science Department in January 2015. His research aims at developing computational frameworks that can lead to a better understanding of human social behavior, by unlocking the unprecedented potential of the large amounts of natural language data generated online. He is the recipient of several awards, including the WWW 2013 Best Paper Award and a Yahoo! Key Scientific Challenges award, and his work has been featured in popular-media outlets such as the New Scientist, NBC's The Today Show, NPR and the New York Times. He received his PhD in computer science from Cornell University.

Karen Levy will join Cornell in summer of 2016 as an Assistant Professor. She was previously a postdoctoral fellow at New York University School of Law’s Information Law Institute, NYU’s Department of Media, Culture, and Communication, and the Data and Society Research Institute. Her research focuses on how law and technology interact to regulate behavior, with emphasis on legal, organizational, and social aspects of surveillance and monitoring. Levy received her PhD in sociology from Princeton University, and she has her JD from Indiana University’s Maurer School of Law.

Nicola Dell will be joining Cornell Tech as an Assistant Professor in January 2016 following her PhD work at the University of Washington. Her research interests are in human-computer interaction and mobile computing. Dell has partnered with numerous NGOs and government ministries to design and deploy novel mobile systems with target populations in India, Mozambique, Peru and Zimbabwe. At the University of Washington, she ran the Change Seminar, a group exploring how technology can improve the lives of underserved populations in low-income regions.

Stanislav Volgushev has been hired as an Assistant Professor in the Department of Statistical Science. The main aim of his research is to develop tractable statistical methods that can capture distributional effects, which are not described by classical ‘mean-based’ analysis. Volgushev comes to Cornell from the Department of Mathematics at the Ruhr-Universitaet Bochum in Germany. He has had recent work published in the Annals of Statistics, Bernoulli and JASA.