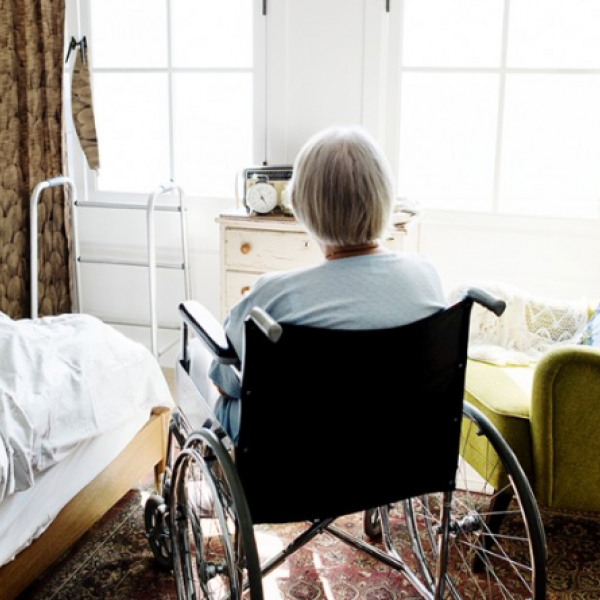 In 2017, Mary Ann Papp, a 75-year-old resident of a nursing home in Bemidji, Minnesota, developed an infection on her foot. Concerned about the quality of her care, Papp’s relatives bought a $199 camera and installed it in her room.

But according to a complaint Papp’s relatives later filed with the state, nursing home employees apparently objected, unplugging the camera or turning it away from Papp’s bed when they entered the room.

In recent years, “granny cams” – cameras or other types of surveillance that allow family members to monitor loved ones in nursing homes – have grown more common. Though they aim to protect the elderly, who often suffer from dementia or lack mobility, according to new Cornell-led research they also raise tensions around issues of privacy, safety and dignity – and may even endanger the people they’re supposed to help.

Yet only seven states have laws regulating the use of cameras in nursing homes, and the existing regulations vary widely.

“We were quite struck by the growing popularity of these so-called granny cams in these settings,” said Lauren Kilgour, a doctoral student in the field of information science and co-author of “Regulating Privacy in Public/Private Space: The Case of Nursing Home Monitoring Laws,” which published Jan. 28 in Elder Law Journal.

“They have the potential to provide care and safety, and intervene when a resident might be threatened,” Kilgour said, “but they also introduce the possibility for surveillance to proliferate, to compromise people’s dignity and to compromise the privacy of others.”

Texas, New Mexico, Washington, Oklahoma, Illinois, Utah and Louisiana are the only states with laws regulating in-room camera use in nursing homes, according to the article, co-authored with Karen Levy, assistant professor of information science, and Clara Berridge of the University of Washington. In 2017, the Minnesota Department of Health ruled in favor of Papp’s family in requiring the facility to permit the cameras – the first ruling to affirm this right.

Research shows the most likely abusers of elderly people are their own relatives. Since family members are generally responsible for installing cameras and controlling the data they record, this could put nursing home residents even more at risk.

“It raises questions if you have potential abusers being in control of what can be very sensitive data and information,” Kilgour said. “In the intimate space of someone’s room, there are moments when they might have visits from clergy. They are regularly bathed there. That data is now captured, and how do you investigate the type of trust required to ethically manage it?”

The authors identified several social-technological strategies, or “constraints,” that the state laws addressed, including:

“technological constraints,” such as not allowing the data to be networked;

and “situational constraints,” which named certain circumstances that could not be filmed.

All seven states’ laws discussed the importance of upholding the dignity and safety of the elderly residents, the article says.

But even though state regulations strive to protect the elderly residents and their roommates, they do less to guard the privacy of unintended subjects of recording, such as the low-income workers who provide elder care, the study found.

“Trying to balance the privacy needs of all these different actors is a difficult thing, and no one state has the perfect answer to it,” Kilgour said. “People who work in nursing homes don’t really have the same level of choice or agency about going into a monitored room.”

According to a 2016 survey by Berridge, certified nursing assistants – whose annual income averages $19,000 a year, whose turnover rate ranges from 43 to 86 percent and who are injured at work more than three times as often as the average U.S. worker – “worried that being made to work on camera would communicate mistrust, have a chilling effect on care relationships, and contribute to the problem of low-quality jobs and poor retention,” the study said.

The researchers said they hope their article could help guide legislators as they craft new laws regulating this technology, and cast light on broader issues of privacy in hybrid public and private settings.

The research was supported by the Borchard Foundation Center on Law and Aging.

-- by Melanie Lefkowitz for the Cornell Chronicle