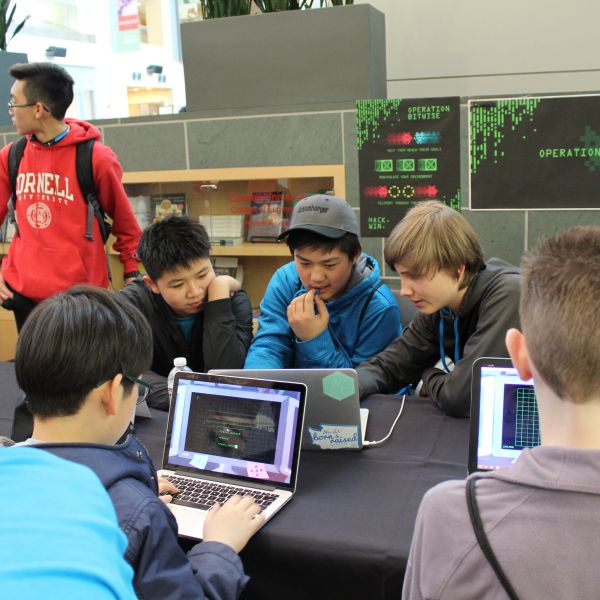 WHERE: Atrium of Duffield Hall on Cornell campus, Ithaca, NY

From robots playing video games to the next Uber competitor, over 200 of Cornell University’s brightest students will unveil their best work in cutting-edge technologies at BOOM 2019 – the showcase also known as Bits On Our Minds – on Wednesday, April 24, from 4 to 6 pm in the Duffield atrium on the Cornell campus. With the largest number of submissions in history, this BOOM is bigger and better than ever! The event is free and open to the public. Refreshments will be served.

Some of this year’s projects include:

• Flourish– Just one of the many new video games available to play at BOOM, Flourish features players taking on the role of a plant attempting to grow in an environment with a scarcity of resources and a plethora of competition.

As part of BOOM’s K-12 outreach program, local middle schoolers will be participating in programming activities with CIS and the College of Engineering before viewing the projects at BOOM.

BOOM is sponsored by Disney, Goldman Sachs, Vista Equity Partners, Schlumberger, Workday, EY, Amazon, Sandia National Laboratories, and Air Liquide. This is the 21st year for the BOOM event, which is hosted by Cornell Computing and Information Science in partnership with Cornell Engineering.