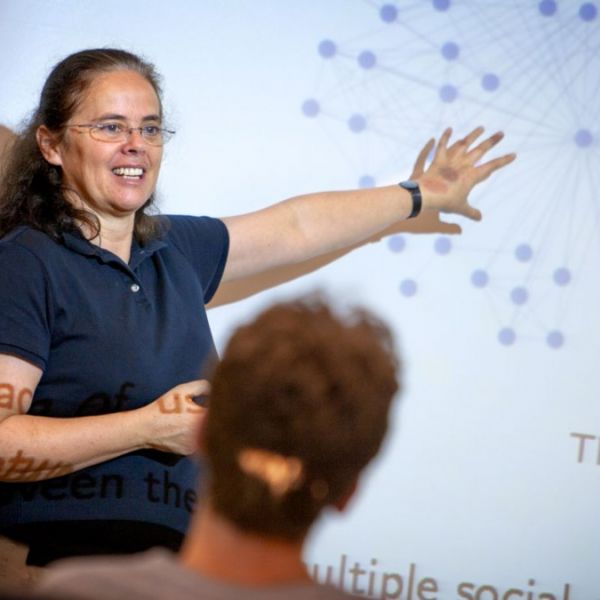 Éva Tardos, the Jacob Gould Schurman Professor of Computer Science, has been elected to the American Philosophical Society, the oldest learned society in the United States.

The American Philosophical Society was founded by Benjamin Franklin in 1743 for the purpose of “promoting useful knowledge.” The society supports research, discovery and education through grants and fellowships, lectures, publications, prizes and exhibitions.

Tardos has received numerous awards, including the Institute of Electrical and Electronics Engineers’ John von Neumann Medal (2019); the European Association for Theoretical Computer Science Award (2017); the Goedel Prize (2012); and the Fulkerson Prize (1988). She has been elected to the National Academy of Sciences, the National Academy of Engineering and the American Academy of Arts and Sciences, and is the recipient of Packard, Sloan Foundation and Guggenheim fellowships.

She is the author of the book “Algorithmic Game Theory,” and, with Jon Kleinberg, the Tisch University Professor of Computer Science and interim dean of Computing and Information Science, “Algorithm Design.”

She received her bachelor’s and doctoral degrees from Eotvos University in Budapest, Hungary, and joined the Cornell faculty in 1989. She served as chair of computer science from 2006-10, and takes an active role in fostering diversity in computer science at Cornell and nationwide.

Twenty-seven Cornell faculty members have been elected to the American Philosophical Society, including the late Cornell President Emeritus Frank H. T. Rhodes, who also served as the society’s president.

Since 1900, more than 260 members have received the Nobel Prize, including Cornellians Hans Bethe, Roald Hoffmann and Robert Richardson.

This story, written by Melanie Lefkowitz, originally appeared at the Cornell Chronicle on May 13, 2020.