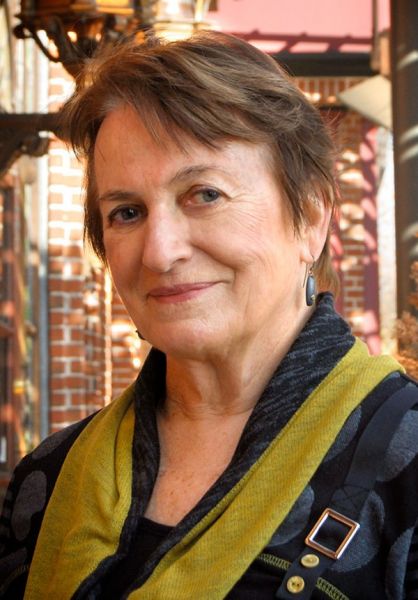 Ann led human resources at Intel Corporation in the 1970s and was one of Apple’s first vice presidents in the 1980s. She spent her career developing and fostering an environment where technologists could thrive.

In addition to her professional accomplishments, Ann has been an active philanthropist for many years—including chairing the board for The Noyce Foundation, which focuses on improving math and science education in public schools.

Ann has served as a trustee and a member of the President’s Council of Cornell Women and numerous Cornell advisory boards. She also chaired the Cornell Silicon Valley advisors, where she passionately sought to galvanize the university’s presence in her Bay Area community.

Cornell Bowers CIS is the first college at Cornell named for a woman—a fitting honor for a college with a female dean, Kavita Bala, a professor of computer science; at a university led by a female president, Martha Pollack, who is also a computer scientist; and where 43% of CIS majors are women, far above the national average.

Ann’s gift creates many exciting possibilities for our faculty and students to learn and to create knowledge in one of the best programs of computing and information science in the world—one that has always emphasized both the design and creation of technology, and an understanding of its social impact.