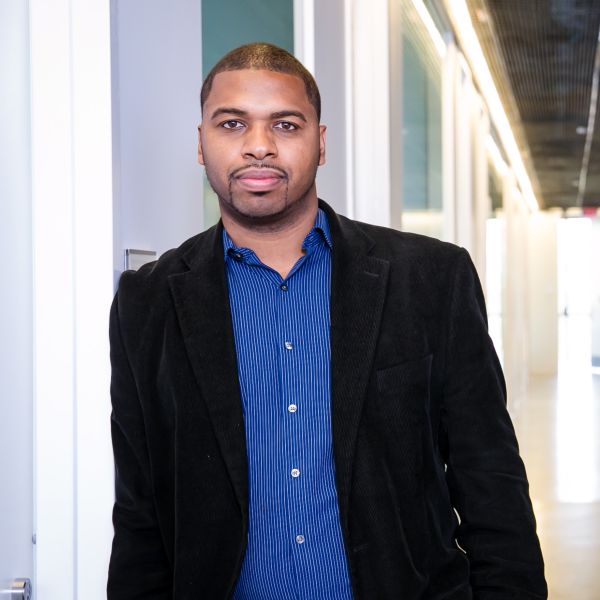 Hakim Weatherspoon, professor in the Department of Computer Science in the Cornell Ann S. Bowers College of Computing and Information Science, and Neil Lewis, Jr. ’13, assistant professor in the Department of Communication in the College of Agriculture and Life Sciences, have been named recipients of this year’s Faculty Award for Excellence in Research, Teaching and Service through Diversity.

President Martha E. Pollack and Provost Michael I. Kotlikoff announced the awards based on nominations from students, faculty and staff, and the recommendations of a selection committee. The recognition comes with a $15,000 prize to be used for research, scholarship and other activities at Cornell.

“We’re delighted to honor Professor Weatherspoon and Professor Lewis for the commitment, expertise, and creativity they have invested in building a welcoming community at Cornell,” Pollack said. “They are dedicated advocates for diversity in their scholarship, mentorship and service, and the impact of their work reverberates across and beyond the university.”

Colleagues praised Weatherspoon’s involvement with the Cornell Institute for Digital Agriculture; the CMD-IT/ACM Richard Tapia Celebration of Diversity in Computing, which hosts the most diverse gathering in computing; and the CSMore summer program for rising sophomores; and the role he has played in encouraging undergraduates and graduate students from groups underrepresented in STEM to pursue computer science at Cornell.

His reach has extended beyond Cornell through the annual SoNIC summer research workshop, which recruits nationally and aims to encourage undergraduates to pursue doctoral degrees; and CodeAfrique, which encourages high school students in Ghana and Eswatini to pursue undergraduate degrees in computer science.

“With each one of these opportunities,” Weatherspoon said, “students first imagine themselves as a computer science student or researcher before they actually become one, and for students from underrepresented backgrounds this can be key.”

Students praised Weatherspoon for being a good listener and making them feel heard.

“My primary goal with these programs and opportunities has been to create spaces where students feel that they belong, giving them confidence to succeed,” Weatherspoon said.

Weatherspoon promoted diversity at Cornell even before formal programs existed in Cornell Bowers CIS, colleagues said. He was the college’s second associate dean for diversity and inclusion, and led the search to hire the first director of the Office of Diversity, Equity and Inclusion. He was awarded the College of Engineering Zellman Warhaft Commitment to Diversity Award in 2014, was named the Black Engineer of the Year by Modern Day Leader in 2009 and was elected Fellow of the Society of Black Engineers in 1997.

“I began my research career at Cornell in 2006 and a long-standing goal has been to be an outstanding researcher who also helped to diversify the representation of students and faculty,” he said.

Launched in 2019, the Faculty Award for Excellence in Research, Teaching and Service through Diversity award recognizes tenured and tenure-track faculty for their sustained and transformational work promoting diversity through research, teaching and service. Nominations for recipients of the 2023 award will be solicited at this year’s end.

This story is by Lori Sonken, the communication and program manager for the Office of Faculty Development and Diversity, and orinally posted in the Cornell Chronicle.

You can read more about the award and recipients in the original story.