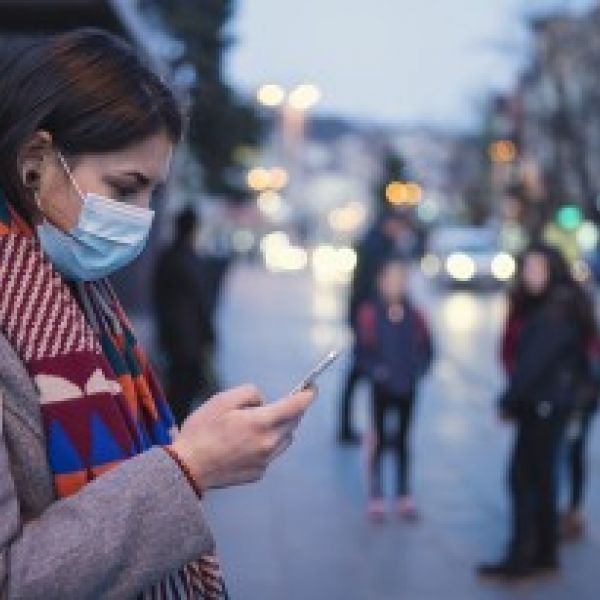 U.S. Social Distancing Stabilized, but Did Not Reduce, Spread

We were expecting a peak, but we reached a plateau.

A statistical analysis of all 50 states and Washington, D.C., found that social distancing measures effectively slowed the spread of coronavirus on the whole, but did not reduce the number of new infections per day.

“All the social distancing was clearly helping, but it merely stabilized the process,” said Aaron Wagner, professor of electrical and computer engineering and first author of “Social Distancing Has Merely Stabilized COVID-19 in the U.S.,” which posted April 30 on the preprint server medRxiv.

“When you’re on a plateau and you start relaxing social distancing, you expect the number of new infections to start accelerating,” Wagner said. “The virus probably won’t spread as fast as it did pre-intervention, but you expect it to accelerate nonetheless.”

The analysis, conducted by a team of data scientists, engineers and public health experts at Cornell and the University of Rochester, found that it took roughly 12 days for the impact of social distancing measures to become apparent, because of the virus’s incubation period and the wait for test results.

Among other factors, their model considered the doubling rate – the amount of time it took in a given state for the number of coronavirus cases to double – both before and after social distancing began.

“We did not find evidence that any state was in the contracting zone,” Wagner said.

The researchers found a surprising consistency across the country.

“There’s a lot of talk in the news about this patchwork of responses among the states, and it’s easy to get the impression, incorrectly, that the states are all over the place and doing totally different things,” Wagner said. “What we found when we were doing this research was that, in terms of the policies we considered, there was not that much difference in terms of what was closed and when.”

They considered the closure of K-12 schools and restaurants as their benchmark for the start of social distancing. Forty-one states, they found, closed schools between March 16 and March 19. “You end up with a very clear before and after,” Wagner said.

All but three states – North Dakota, South Dakota and Nebraska – showed that social distancing significantly impacted the doubling rate. Those are three of the four states that saw the slowest spread of coronavirus in the nation. New York, New Jersey and Michigan – among the hardest-hit states – showed the starkest change after measures were imposed.

But although the spread of coronavirus began flattening across the country by early April, the social distancing measures did not cause the number of daily new infections to decline, the researchers found.

“Our findings don’t show much rationale for substantial relaxation of social distancing, in the absence of other measures,” Wagner said. “We don’t have a lot of wiggle room.”

Additional steps such as contact tracing, increased testing or stricter quarantining could also have an impact, he added, as will the fact that the infection rate will inevitably drop as more people contract the virus, leaving fewer susceptible.

The research was among the first efforts of the new Greater Data Science Cooperative Institute, funded by the National Science Foundation. The institute, a collaboration between researchers at Cornell and the University of Rochester, is focused on using data science applications to solve problems in medicine and health.

“Our institute primarily focuses on the mathematical foundations of data science, but we study those to see them have applications in the real world,” said David Matteson, Cornell associate professor of statistics and data science and principal investigator of the data science collaboration.

“This was a time where the methodology we’d worked on was directly applicable to this situation,” said Matteson, also a co-author of the social distancing paper. “Early in a crisis like this, raw and messy data is maybe the most informative thing that we have.”

The interdisciplinary approach was key to conducting this research, Wagner said.

“Certainly traditional statistics was needed, to run the interrupted time series analysis and so on; the public health expertise was crucial in interpreting the data; and leveraging the underlying dynamics of the spread is a very engineering way of looking at things,” he said. “This paper wouldn’t have been possible without all three of those viewpoints.”

The research was supported in part by the Greater Data Science Cooperative Institute through the NSF, and by the National Institutes of Health.

This story, written by Melanie Lefkowitz, originally appeared at the Cornell Chronicle on May 11, 2020.