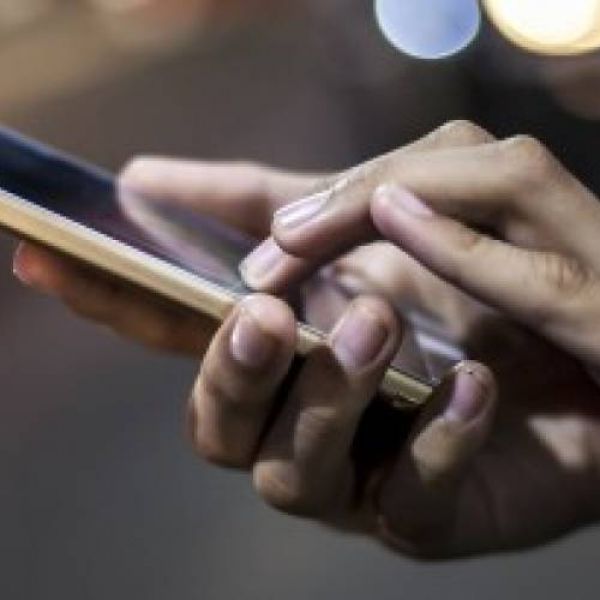 In India today, dozens of phone numbers are available for people who are having a severe mental health emergency. Oftentimes, however, callers experience difficulty in getting connected with someone who will listen to them; sometimes the phone will just ring and ring.

“People think that technology is the solution – that if you place technology somewhere, that’s going to do wonders,” said Aditya Vashistha, assistant professor in the Cornell Ann S. Bowers College of Computing and Information Science.

“People thought, ‘Hey, let’s just put up helplines’ and it’s going to solve the issues,” he said. “And that’s a mistake, because technology in and of itself can’t do things. It can only accentuate the existing capabilities, the existing infrastructure.”

As it turns out, there’s a wide gap between how care was intended by those who support helplines, and how that same care was experienced in practice by those who need it most. For example, there might be a language barrier – 447 different languages are spoken in India – or perhaps someone’s calling on a weekend and the helpline is closed.

Sachin Pendse, doctoral student in human-centered computing at Georgia Institute of Technology, is lead author of “‘Can I Not Be Suicidal on a Sunday?’: Understanding Technology-Mediated Pathways to Mental Health Support,” which won a Best Paper award at the Association for Computing Machinery’s Conference on Human Factors in Computing Systems (CHI 2021), held virtually May 8-13.

Vashistha and Pendse met in India in 2019 while both were visiting researchers at Microsoft Research in Bangalore. Pendse was studying the different ways identity-based factors such as culture, class and caste influence where and how people look for care.

One thing struck Pendse: There are at least 42 different helplines people can call when they’re feeling distressed. In research prepared for CHI 2020 (which was canceled due to the pandemic), Pendse and his co-authors found that helplines, while enhanced with technological innovation, are still essentially a human endeavor, and that volunteers’ identity, language, empathy and personality is of the utmost importance.

This new research focused on the other end of the line: the callers for whom a caring, understanding and helpful ear could possibly be a matter of life or death. Pendse and Vashistha said that, despite all of the volunteers’ skills and best intentions, India’s helplines are viewed in a negative light.

“When you talk to people who have tried to call helplines, even if you search ‘mental health helplines in India’ on Twitter, you’ll see a lot of tweets that say that helplines don’t work,” Pendse said. “And that was very incongruent with the conversations that I had with volunteers, because these volunteers are amazing. We found that these volunteers are often motivated by loss from suicide; maybe they’ve had a family member who has died by suicide.”

For this research, Pendse and his team interviewed 18 helpline stakeholders, including 14 people who’ve interacted with helplines in the past and four who experienced a mental health crisis but did not try to call a helpline. One person in the study had discovered the existence of helplines after searching for means of suicide on Google.

Pendse, Vashistha and the team make recommendations that could help improve helplines in India. One is giving callers an idea of their potential wait time or place in line relative to other current callers; another, Pendse said, is having a single number that forwards calls to whichever line is free based on a person’s constraints, such as language.

“It’s basically giving people an experience in which they have much more power and much more information about what’s happening on the other end,” Pendse said.

Other key recommendations include recruiting volunteers from diverse backgrounds, and stressing the confidential nature of the calls. The bottom line: Technology is meaningless without a strong human element.

“It would work really well if volunteers are trained, and volunteers are available,” said Vashistha, who’s on Twitter at @imadityav. “If there is enough capacity on the other end of the telephone, only then can it serve a purpose.”

Funding support for this work was provided by Microsoft and by the National Institutes of Health.

This story, written by Tom Fleischman, originally appeared in the Cornell Chronicle.