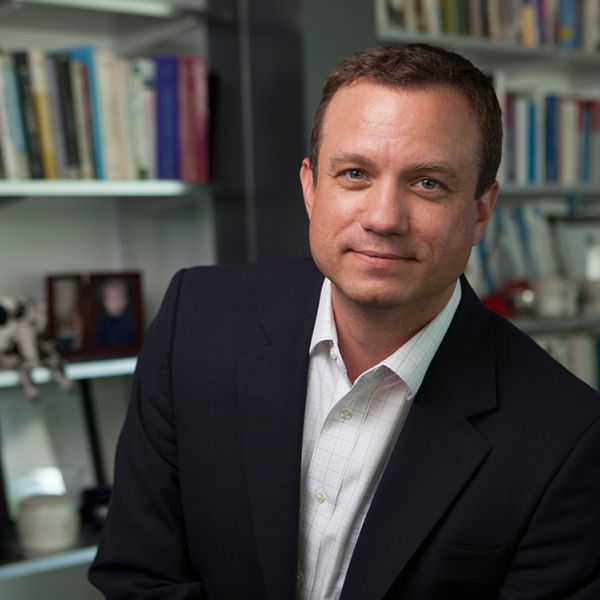 Greg Morrisett, dean of Cornell’s Faculty of Computing and Information Science and an international expert in software security, has been named the Jack and Rilla Neafsey Dean and Vice Provost of Cornell Tech, Provost Michael Kotlikoff announced June 7. The five-year appointment, approved by the Executive Committee of the Cornell Board of Trustees, is effective Aug. 1.

Greg Morrisett has been named the Jack and Rilla Neafsey Dean and Vice Provost of Cornell Tech, effective Aug. 1.

Morrisett has stewarded CIS through four years of explosive growth, recruiting world-renowned faculty, integrating the computer and information science departments, and spearheading the development of the new Department of Statistics and Data Science. His research focuses on building provably correct and secure software, with an emphasis on cryptographic schemes, machine learning and compilers.

“Greg is highly respected for his academic accomplishments, and has also built connections to industry and government leaders and fostered entrepreneurship at CIS, critical attributes for the next leader of Cornell Tech,” Kotlikoff said. “He’s had an enormous impact on Computing and Information Science, and because he’s been a key partner in the success of Cornell Tech, he is perfectly positioned to lead the campus on its next phase of growth, maintaining strong connections between Cornell Tech and CIS, Engineering and the other colleges on the Ithaca campus and at Weill Cornell Medicine.”

Morrisett will take the helm of Cornell Tech as it moves into its second phase of development, building on its cutting-edge faculty, strong relationships with industry and New York City leaders, and innovative, cross-disciplinary and socially conscious approach to technology education.

“As New York City becomes an increasingly important technology hub, we want to help make sure it’s inclusive, representative of a broad range of disciplines and avoids some of the problems we’ve seen emerge as technology becomes more and more central to our lives.”

“I’ve had the good fortune of working with Cornell Tech over the last four years as CIS dean, and so I know both the great challenges and great opportunities that the campus affords the university. I’m really, really excited and thrilled to be working on that,” Morrisett said. “The mission and rise of technology in society demands a new approach to thinking about how we educate students, and Cornell Tech’s studio curriculum has been a real revolution in bringing together students from different backgrounds and in providing them with the kind of training that industry and startups need.”

Morrisett said he is also eager to work with Cornell Tech’s faculty, including those at the Jacobs Technion-Cornell Institute, a partnership between Cornell and the Technion-Israel Institute of Technology. Morrisett noted that the faculty collaborates on innovative projects in disciplines including not only computing and information science but engineering, business, law, design and urban planning. In addition to deepening connections with Ithaca, Morrisett said he looks forward to continuing Cornell Tech’s engagement with New York City through programs such as Women in Technology and Entrepreneurship in New York and the K-12 Initiative.

“As New York City becomes an increasingly important technology hub, we want to help make sure it’s inclusive, representative of a broad range of disciplines and avoids some of the problems we’ve seen emerge as technology becomes more and more central to our lives,” Morrisett said. “We need to teach students to develop not just the new cutting-edge stuff but to think in an ethically robust fashion – not just developing technology for technology’s sake but doing it in a way that moves society forward.”

Jon Kleinberg ’93, the Tisch University Professor of Computer Science, will serve as interim dean of CIS, a position he also held from 2014-15, Kotlikoff said.

“I’m looking forward to building on what Greg has accomplished in CIS, and also to working with him between CIS and Cornell Tech,” Kleinberg said. “I’m excited to once again be serving in this role with outstanding colleagues and outstanding opportunities for computing both at Cornell and in the field more broadly.”

Cornell Tech is currently home to 30 permanent, tenure-track faculty, as well as more than 80 affiliated faculty and 300 graduate students. Initial plans for its next phase of development include adding 1 million square feet of space and 850 students over the next decade.

He is a fellow of the Association for Computing Machinery and has received numerous awards for his research on programming languages, type systems and software security, including a Presidential Early Career Award for Scientists and Engineers, an IBM Faculty Fellowship, a National Science Foundation Career Award and a Sloan Research Fellowship from the Alfred P. Sloan Foundation. He spent a sabbatical year as a visiting researcher at Microsoft Research from 2002-03.

Morrisett will succeed Cornell Tech’s founding dean, Dan Huttenlocher, who is stepping down Aug. 1 to become the inaugural dean of the Massachusetts Institute of Technology’s Schwarzman College of Computing.