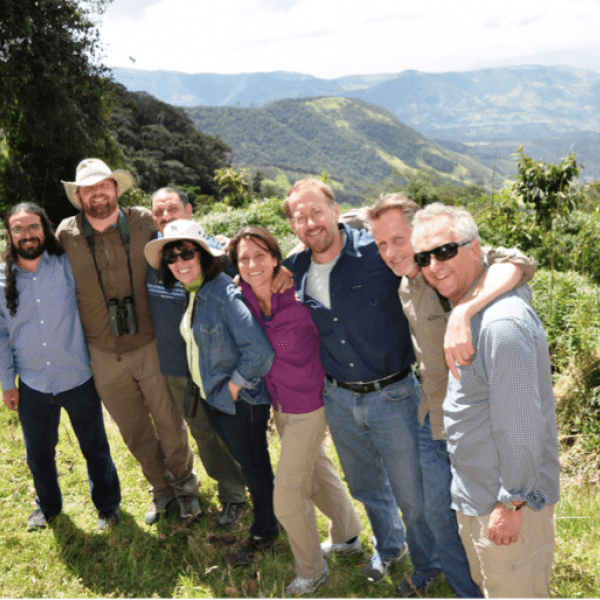 ITHACA, NY -- January 7, 2016 -- The National Science Foundation today announced $30 million in new awards to three Expeditions in Computing projects, one of which has been awarded to Cornell University Computer Science Professor Carla Gomes, also with appointments in Information Science and the Dyson School and director of the Institute for Computational Sustainability. Each award will provide $10 million in funding over five years to interdisciplinary, multi-investigator research teams to support transformative computing and technology research. Expeditions represent some of the largest single investments in computer science research by the NSF.

Gomes’ project will cultivate a large national and international research network called CompSustNet that will explore new research directions in computational sustainability. With Cornell University as the lead, CompSustNet will partner with 11 other US academic institutions as well as with other key organizations in the areas of conservation, poverty mitigation and renewable energy. Other Cornell leads on the project include Bart Selman (CS), David Shmoys (EN), John Hopcroft (CS), Jon Conrad (AEM), and Angela Fuller (NTRES and the United States Geological Survey). The CompSustNet team includes many other Cornell researchers as well as computational sustainability scholars from across the globe.

“We will launch CompSustNet, a transformative Computational Sustainability Network, bringing together computer scientists, environmental and social scientists, biologists, physicists, and material scientists to expand the new nascent field of computational sustainability,” said Gomes. “Computational sustainability aims to develop novel computational solutions to tackle challenges facing humanity in order to ensure a sustainable future. Research will focus on cross-cutting computational topics such as optimization, dynamical models, big data, machine learning, and citizen science, applied to sustainability challenges. Advances in computational sustainability will lead, for example, to novel strategies for helping herders and farmers in Africa improve their way of life, saving endangered species, and scaling renewables up to meet 21st century energy demand.” Gomes also led a team that received one of the first Expeditions awards in 2008. Initial funding from NSF has led to more than $80 million in support from other agencies and organizations and helped stimulate a new field that now is taught in many universities and has its own dedicated conferences.

“Carla jumpstarted the whole field of computational sustainability with the help of her first NSF Expedition award, “ said CIS Dean Greg Morrisett. “This new Expedition takes things to a whole new level working with a much more diverse group of people who using advanced computational methods to tackle pressing problems for society from eco-diversity to next-generation energy storage materials.”

The Expeditions program catalyzes far-reaching research motived by deep scientific questions that also have the potential for significant societal benefits. The grand challenge problems addressed by Expedition projects typically cannot be tackled by small teams and require well-integrated, diverse teams of investigators. The two other 2015 Expedition grants are The Science of Deep Specification (Princeton University), which aims to eliminate software “bugs’ that can lead to security vulnerabilities and Evolving Living Computer (Boston University), which will study what computing principles can be applied repeatedly and reliably to synthetic biology.

“The Expeditions in Computing program enables the computing research community to pursue complex problems by supporting large project teams over a longer period of time,” said Jim Kurose, NSF’s head for Computer and Information Science and Engineering. “This allows these researchers to pursue bold, ambitious research that moves the needle for not only computer science disciplines, but often many other disciplines as well.”

Initiated in 2008, the Expeditions program has funded 19 projects to date, with a total investment of $100 million. The program has had a transformative effect on numerous fields, from robotics to next-generation networking to circuit design.